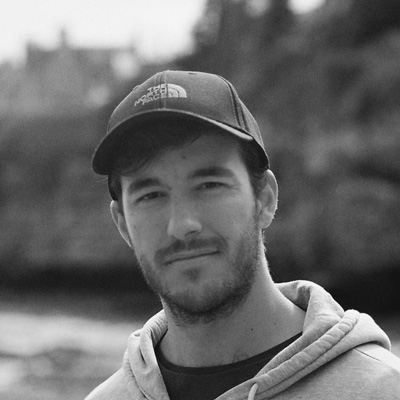 Juan joins our team as the Associate Director of our recently launched European branch. After graduating from Business Administration and Law, he spent a few years working in the corporate world, mostly in sales. However, Juan soon realized that there was much more to life than simply sitting in an office, making money. Hence, he quit his job and began backpacking the world. This journey of self-discovery took him to Australia for two years, fully immersing himself in a new culture and connecting to nature as never before.

The pivotal point in Juan’s life came when he decided to move to St. Andrews, Scotland to complete a Master’s in Sustainable Development. During his time there, Juan discovered that the entire surrounding coastline was littered in plastics and marine debris. The dream of moving to a pristine and wild Scottish coast was over, but the time to act had only just begun. He started organising beach cleanups, film screenings and talks around the local area. His efforts also caught the attention of the Marine Conservation Society, whom he eventually joined forces with in the battle against plastic pollution in Scotland. Together, they encouraged the town of St Andrews to develop a very exciting single-use plastic removal scheme.

Juan’s experience and passion lead to him starting his own marine conservation organisation, Salty Warriors, which is made up of a network of warriors spread across the world aiming to defend our oceans and marine wildlife. Juan is also an enthusiast of outdoor sports, a certified Dive Master, and a pianist. We’re very excited to have Juan join our team, bringing with his a passion for the planet that’s second to none.