Now serving as an Ambassador to the Plastic Oceans Foundation

June 8, 2018 – Los Angeles, CA – It is with great pleasure that we announce that Colombian entertainer, Carlos Vives, has joined the Plastic Oceans Foundation as a supporting Ambassador. Mr. Vives will now be graciously lending his name, passion and influence to our mission of raising awareness on the issue of plastic pollution.

In addition to being an internationally renowned singer and actor, Vives is a devoted social and environmental activist that has been a leading voice on sustainability in Colombia.

“As somebody that grew up in a coastal city, I understand and appreciate the value of the sea and the need to protect it,” said Vives. “Healthy oceans, rivers and lakes are essential and beneficial to the local communities they serve. I’m honored to be joining the Plastic Oceans Foundation in their efforts to raise awareness and showcase meaningful solutions to the problem of plastic pollution.” 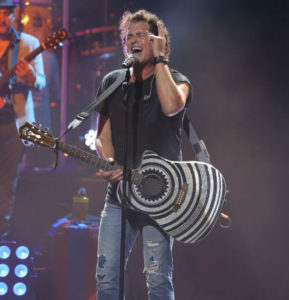 Vives is a multiple Grammy Award-winning singer that has sold millions of records and holds superstar status throughout Latin America. As a humanitarian, he is passionate about protecting the rights of children and has served as a Goodwill Ambassador to UNICEF. He has also worked diligently to establish Tras La Perla, which is a non-profit organization that works to foster social and sustainability initiatives in his hometown of Santa Marta, Colombia.

Tras La Perla works with Conservation International and Nature Conservancy on programs that protect the indigenous communities and environment of Santa Marta and the Sierra Nevada.  Tras La Perla will be launching a new initiative together with other key academic institutions, international organizations (including POF) and governmental agencies to protect the rivers from plastic as they’ve seen their communities become increasingly impacted by the substance.

“Carlos is an example of a celebrity that actually walks the talk,” said Julie Andersen, Global Executive Director of the Plastic Oceans Foundation. “His sincerity and passion for being part of the solution are second to none. We can’t thank him enough for his support and we look forward to having him join us in our efforts to raise the visibility on the need to rethink plastic at all levels.”

Plastic Oceans Foundation wants to change the world’s attitude towards plastic within a generation. The Foundation serves the ocean and the public by engaging people of all ages, in all social situations, to understand the danger of continuing to perceive plastic as being disposable and to prevent plastic from entering the environment. We use inspirational and solutions-focused film and media paired with supportive activism to foster a global movement to rethink plastic.