No, It Wasn’t All Bad News!

It would be a bit of an understatement to say that 2020 was a rough year. No matter where you were in the world, your life was affected in some way or another by the global pandemic. In March, the world came to a standstill as we were all told to stay at home to stop the spread of the COVID19 virus.

Naturally, with such an unusual and worldwide event taking place, all of our media outlets were consumed with news and information related to the pandemic. It’s pretty much been that way ever since. So much so that the Collins dictionary named “lockdown” the word of the year for 2020, which was the containment measure implemented by governments around the world to mitigate the spread of the virus.

In comparison, the Collins word of the year for 2019 was “climate-strike”, a phrase which hit headlines after millions of people joined climate protests around the world, and for 2018 “single-use”, which encompasses the global movement to kick our addiction to disposable plastic products. Clearly, in previous years, our attention was much more focused on environmental issues – especially climate change and ocean conservation.

Between all of the lockdowns, rules, restrictions and confusing graphs, there was some good news related to ocean conservation. It was pretty easy to miss, so we thought we would compile a list of some of the biggest success stories from 2020, both to lift our spirits and to give us a bit of hope for environmental action to come.

1. The longest creature ever discovered in the ocean

In April 2020 it was reported that a 150ft long siphonophore was spotted off the coast of Western Australia. The siphonophore, which is potentially the longest organism in the sea, was described as “… an incredible U.F.O” by senior research scientist Dr. Nerida Wilson of the Western Australian Museum. Here’s a stunning video of this beautiful creature, filmed by the Schmidt Ocean Institute:

The UK overseas territory, Tristan da Cunha, has established a new marine protected area which will be the fourth largest sanctuary of its kind in the world. It’s one of the most remote inhabited islands on Earth, but the community of 250 people has made a significant contribution to marine wildlife conservation by banning bottom-trawling fishing, deep-sea mining and other harmful activities from its water.

3. Bowhead whales are recovering despite the warming arctic 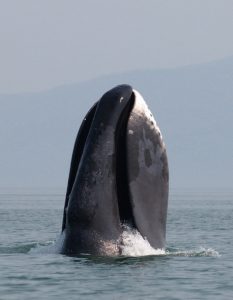 Bowhead whale numbers have rebounded and are nearing pre-commercial whaling numbers in US waters. The recovery has been credited to the sustainable management and stewardship of the Alaska Eskimo Whaling Commission (AEWC) who have fought against offshore oil drilling and other harmful activities. A major victory for animal and ocean conservation!

Another impressive discovery was made in October when Australian scientists came across a detached reef of more than 500 metres. For some reference, that’s taller than the Empire State Building in New York City. It was found during a 3D seabed mapping exercise conducted by the Schmidt Ocean Institute.

A mixed group of 14 countries— known as the Ocean Panel — have pledged to implement strict measures that will see them sustainably managing 100% of their ocean waters by 2025. Some of these goals include; creating sustainable fishing industries, scaling up new industries such as commercial farming of seaweed and taking a precautionary approach to seabed mining. 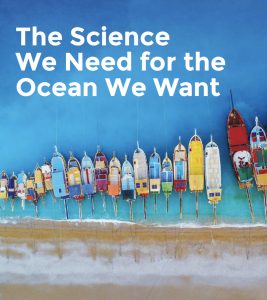 2020 had been billed as the “super year for the ocean” however that, like most other things, got put on hold. For example there were plans to draft a post-2020 biodiversity framework to create international agreements to protect biodiversity on the high seas. However, this was put on hold until this year, which also begins the U.N. Decade of Ocean Science, which presents an opportunity to strengthen global ocean management with scientific knowledge.

7. The emergence of the concept of “One Health”

The pandemic has provided a stark reminder of how very connected the health of humans, wildlife and the environment are. We are all one community inextricably linked in so many ways, and COVID19 has opened the eyes of many to connecting the dots between environmental destruction, agriculture, livestock, wildlife/wildlife trade and human disease. One Planet … One Health. Understanding this connection can only lead to a better appreciation of what must be protected.

So, with lots to look forward to, we’re hoping that 2021 is the year for marine conservation to be in the headlines again. And perhaps this time next year we’ll be reporting the Collins dictionary word of the year is Ocean Conservation.

Lydia Gaskell is the content creator for the European branch of Plastic Oceans. She joined the team recently to use her researching skills and passion for the environment to help the team with writing articles and blog posts, social media posts and getting stuck in to any other projects she can.