Perched at the western edge of the Indian Ocean, with the largest sea port in sub-Saharan Africa, Durban, South Africa is famous for its pristine beaches and vibrant marine life — as well as the audacious organizations working to protect them. 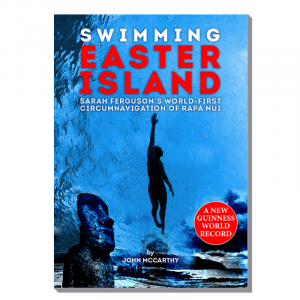 Notable among these institutions is Breathe Ocean Conservation. Founded by internationally-renowned open water endurance swimmer Sarah Ferguson — who once swam around the entirety of Easter Island to raise awareness about plastic pollution — Breathe has gained recognition as a leader for ocean conservation across the world. In fact, Durban was recently named one of Plastic Ocean International’s founding #BlueCommunities partners, because of Breathe’s amazing work. But what exactly does this work look like?

“What they do is second to none,” said Tod Hardin, Chief Operating Officer of Plastic Oceans International. “We’ve been collaborating with Sarah and her team for over three years now and the work they do within their community is invaluable, from the heart, and worth your attention.”

Visit Vetchies Beach in Durban on a Saturday afternoon, and among the fishermen, scuba divers, and surfers, you will find dozens of snorkelers gearing up to swim out to Vetchies reef. The reef — which hosts an array of rich plant and animal life — faces permanent damage due to plastic pollution from the nearby Umgeni River, and an adjacent port. But that’s where the Breathe snorkelers come in.

Together with the University of KwaZulu Natal (UKZN) and Zebra Shark Adventures, the environmental NGO has been leading reef cleanups to protect what is one of the richest marine ecosystems in South Africa: notwithstanding its diverse fauna, coral, limpets, and various sub-tropical fish, the reef hosts one of the largest subtidal mussel populations along the coast.

“Our cleanups involve a large educational component,” explains founder Sarah Ferguson. “We teach participants how to clean the reef, what marine life they can expect to see and we target one specific piece of pollution per month to try and educate the public on why it is ending up in the ocean. For those not comfortable in the water we have a guided beach walk where participants get to clean the beach while learning about the critters of the sandy shore and the devastating impact of single-use plastic on the marine environment.” 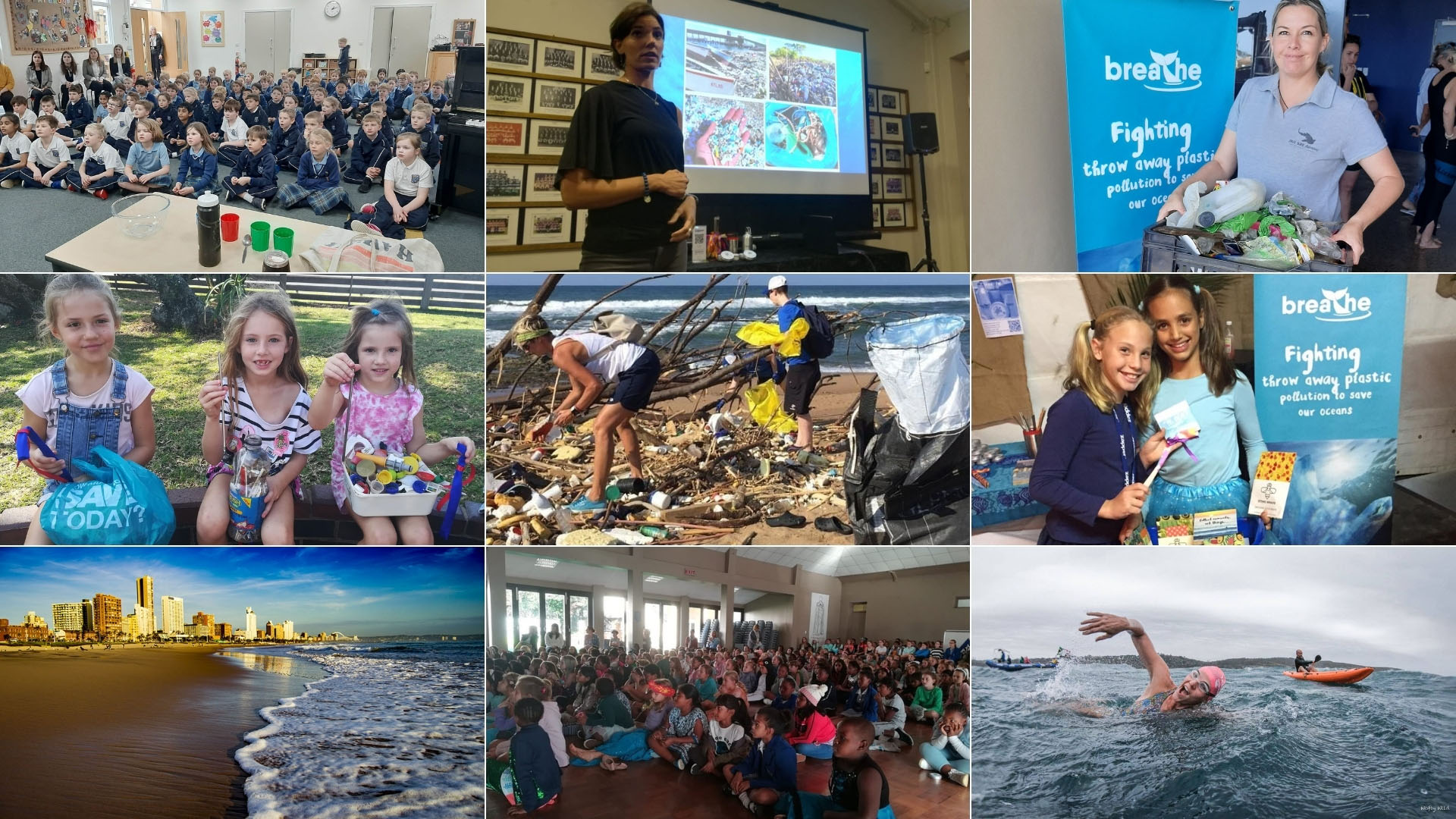 Breathe conducts a variety of programs in Durban throughout the year.

Despite having a positive impact, Ferguson maintains that beach cleanups are, in many ways, a last resort and she insists that real change must come more proactively. With that, Breathe has developed a multifaceted action plan which they hope can mitigate plastic pollution at the source. When they’re not campaigning about ocean conservation in local schools, or liaising between sustainable suppliers and local restaurants, Breathe is renowned worldwide for organizing open water endurance swimming competitions to raise awareness about the impacts of plastic pollution.

In addition, they have become a leader for pollution data collection in Durban.

“Every month we collect stats so that by the end of the year we will have a decent understanding of the majority of pollution collected along the harbour wall and reef as well as time of year, ocean conditions, etc.,” says Ferguson. “We can then go to the producers and encourage them to think differently about what they supply.”

Collaboration, in fact, is central to Breathe’s vision. It was this ethos which drove their recent decision to partner with Plastic Oceans International as a part of their bold #BlueCommunities initiative — a movement which connects activist groups in coastal communities in order to craft impactful socioeconomic and environmental change.

“It is important to us to be part of a larger community of like-minded organisations as we believe in collaboration for the greater cause,” explains Ferguson. “We can make a much bigger impact acting together.”

With this partnership, it is safe to say that Breathe Ocean Conservation is only getting started. They certainly have their work cut out for them, with over five trillion pieces of plastic currently contaminating the ocean, and millions more added every day. But as the #BlueCommunities initiative reminds us, local movements are leading the countercharge, and Breathe is undoubtedly a model among them.

Isaiah Maynard is a US-based writer who covers environmental topics for a variety of publications and is part of the Environmental Journalism team at Ninth Wave.