Wilfredo Benjamin is an environmentalist, activist, teacher, explorer, and promoter of Afro-Dominican culture and history. As part of our efforts at Plastic Oceans International to tell the stories of underrepresented socio environmental voices, we are proud to present this interview with Benjamin, conducted by Managing Editor, Jon Bonfiglio.

Wilfredo, you are from the once remote north-east peninsula of Samaná, in the Dominican Republic. What is Samaná – and what does being from there mean to you?

I am – as you say – from Samaná, a thin territory surrounded by water on three sides. To the north is the Atlantic Ocean, to the east Rincón Bay, which is open water, and to the south is the Bay of Samaná. To the west is where we connect to the rest of the island of Hispaniola, which comprises the Dominican Republic and Haiti. 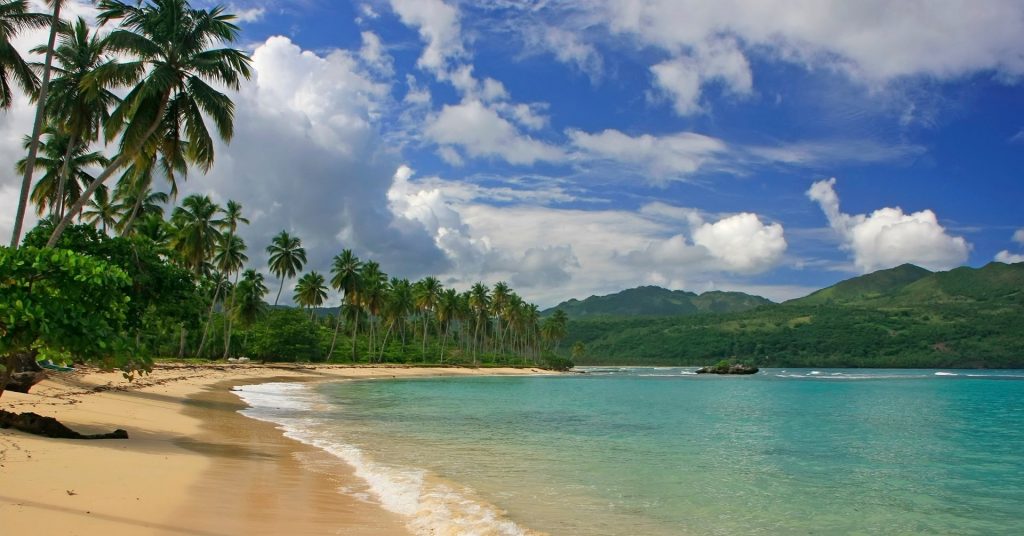 The beauty of the Samaña Peninsula of the Dominican Republic.

Samaná for me is the best thing in the world. A completely beautiful natural landscape, and unique history and tradition, and culture; a culture which we call Afro-American, of freed black slaves from the USA. My ancestors arrived here from the USA in 1824, a group of 300 people, with 33 surnames. That’s why my name – Wilfred Benjamin Kelly – sounds so Anglo, as we still retain aspects of the anglicization that my forebears arrived with.

It’s fair to say you are an activist, in many ways. How did you get to this?

Well, it started a long time ago really. My father was a Christian, and he raised me to be obedient, not just to him, and my family, and my community, but also to nature, and that’s where my relationship with the environment began. Later I would dedicate myself to working as a guide for visitors, which is a way of showing the best of Samaná to visitors, and in doing this I increasingly became aware of the beauty of my home, and also the risks it faces, now and in the future.

I have been working for a long time for the conversation and the protection of the environment in our Samaná province. I was the president of an important organization Samaná Environmental Forum (FAS) today I am the vice president. In my community for years, I have dedicated myself to working with neighborhood associations, schools and more.

I also realized that for there to be any hope of a healthy future for Samaná, and for the planet, that work has to start now. In many ways it’s an investment, and I suppose I think of my activism in that way, as an investment for our shared future.

When it rains in Samaná, the streams fill with plastic, which then goes directly into the sea. When you were a boy, this wasn’t the case. How and when did this begin to happen?

Plastic is a plague. It’s a manifestation of our limited environmental consciousness as human beings.

On top of which, the current crisis with plastics in Samaná also constantly reminds me of the absence of environmental education which we have here. Our people and country lack that education in relation to the use and management of plastic, and this has been our main objective to teach, to make our population aware so that they reduce, reuse and recycle as much plastic as possible. 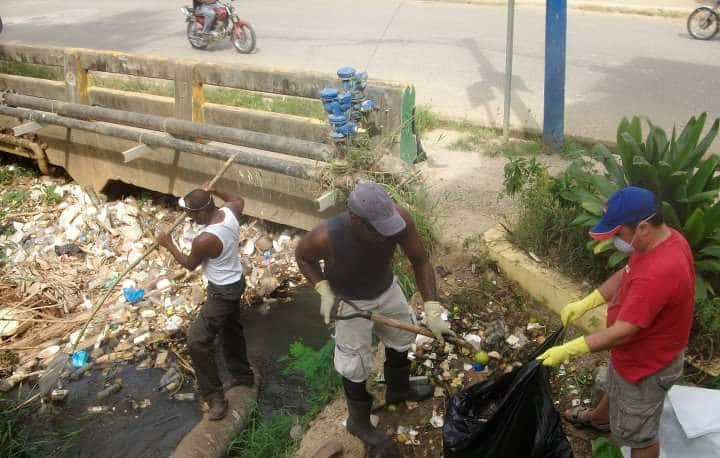 Wilfredo Benjamin (center) and friends dealing with the plastic pollution problem in their community.

The plastics industry is also an industry which has developed a language around disposability. It feeds on itself and makes people believe that its very disposability means that once it’s removed it disappears, which is patently not the case. When I was a kid people still threw stuff, but the stuff they threw away wasn’t indestructible, or toxic in the way that plastic is.

We don’t have a functioning waste disposal system here, so when it rains – and it rains a lot – people use the streams and rivers as waste collection systems. Everything goes in the rivers and it gets taken away – or at least they believe that it does. Of course it’s still here, just somewhere else.

Speaking socio-politically, being Afro-Dominican is to be vulnerable in the face of many colonialist systems. Is climate change another addition to the colonial and post-colonial threats you and your people have experienced?

In Samaná, being Afro-Dominican for me is not a question of vulnerability, at least not in terms of my perception, because we were freed slaves, and regard ourselves as free. I absolutely regard myself as free.

Of course the political systems here are controlled by white males of Spanish descent, but my mindset is that we can continue to better ourselves and continue to free ourselves of the shackles which history imposed on us, as we already did before. Undoubtedly there remain residues of the past, with the white elite being subliminally regarded as our masters, but the difference now is that we are able to think freely. And many of us have developed the skills and critical thinking to do this, to think for ourselves.

Which is not to say that we are not experiencing climate change here. Now, for instance, we continually get dust storms from the Sahara, which never existed before. Similarly, we get inundated with Sargassum from the central Atlantic, which is a new production zone, and when it hits our shores it chokes everything – all life, other plants, and it also costs our lifeblood – the tourism industry – major problems. 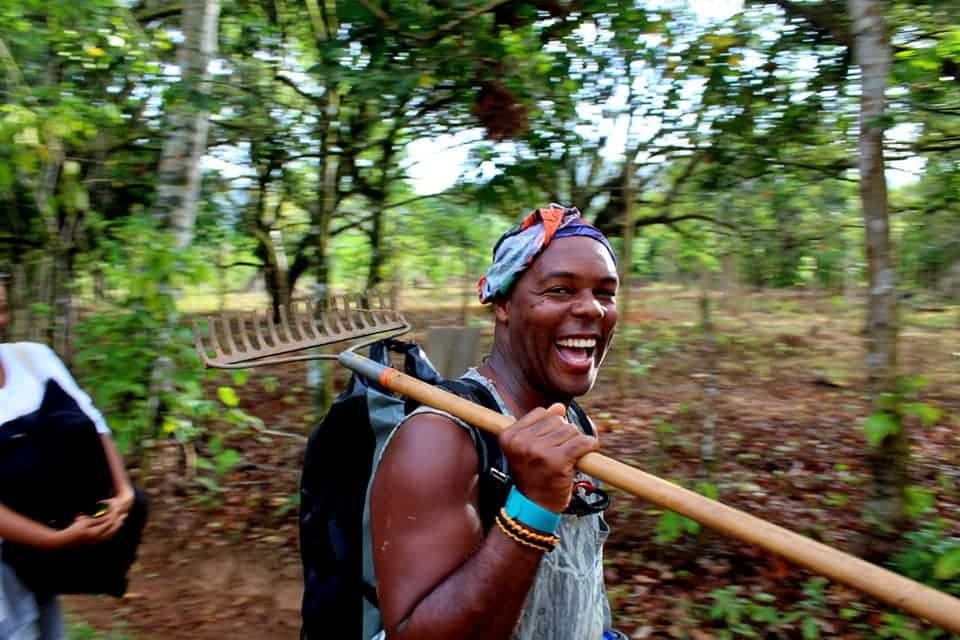 Wilfredo’s smile certainly is infectious and true sign of hope.

What are your hopes, for Samaná, for the Dominican Republic, and more broadly for what we’re living through in the environmental crisis?

For Samaná, it’s complicated. The beauty of Samaná is the cross it has to bear. Uncontrolled urban planning is drying mangroves, wetlands and so on. It’s all exacerbating the climate crisis for us.

For the country, at least the new government has some kind of environmental perspective. Tragically, however, our new Environment Minister – Orlando Jorge Mera – was recently assassinated, in his own office.

But of course there is hope. There is always hope.

By fighting, every day, we give ourselves a chance. And a small chance is better than nothing at all.

We thank Wilfredo Benjamin for the time he gave us to answer our questions. Stay tuned for more articles featuring the work of underrepresented voices in environmentalism.

Jon Bonfiglio is a broadcast and print journalist, as well as Managing Editor for Plastic Oceans International’s written content, including Currents magazine.