In Discussion with Novo Amor

For decades, art and other forms of creative expression have served as powerful forms of dissent and protest on any number of social and political issues. 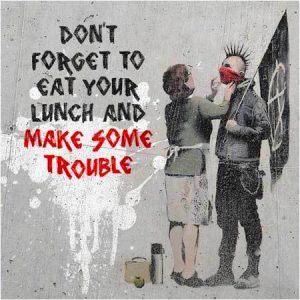 We can look to Picasso’s “Guernica” painting, which was based on the Spanish Civil War and captured its atrocities and inhumanity, serving as an inspiration for the modern human rights movement. To Diego Rivera’s powerful murals that spoke out in support of the working class. The Civil Rights photography of Gordon Parks. And today you can certainly get your fill of protest through the street art of Banksy; the eclectic creative output of Chinese dissident, Ai Wei Wei; or the music performances of Pussy Riot.

As some of you may know, one of our new ongoing initiatives is recognizing and showcasing this power of creativity to serve as a tool for change. We believe it can and will continue to play a major role in our fight against plastic pollution, and in the fight to make our planet a healthier and happier place.

Most recently, we have partnered with Welsh singer/songwriter and multi-instrumentalist, Ali Lacey – better known as Novo Amor; and the filmmakers behind the groundbreaking new video for his song Birthplace. It’s an amazingly beautiful and powerful visual statement created by Sil van de Woerd and Jorik Dozy, against the backdrop of Novo Amor’s hauntingly beautiful words and music. It serves as a follow up to the equally powerful video for their previous collaboration on the video for Terraform, that told the story of the toxic work conditions faced by the miners of the Ijen volcano in Indonesia.

This week we will feature interviews with the artist and filmmakers, starting today with this Q & A from Novo Amor:

What role do you think creative expression – in your case, your music and videos – can play in educating people on issues like plastic pollution? Can creativity serve as a tool that pushes us toward solving the problem?

Yes, I definitely think so and I’ve been seeing more and more examples of it. Recently, my childhood primary school got together to build a giant octopus out of plastic bottles. The motivation behind this was for the children to learn about environmental issues in a creative way. Using creativity like this is kinaesthetic learning, which for children can be a lot more interesting than reading facts from a book.

Terraform and Birthplace are extremely powerful videos that each address important social issues. Why address these issues and  what has drawn you to use your music to tackle them?

Though both video topics are important to me, they were created and conceived entirely by the directors Sil and Jorik; I’m merely a carrier of the message. I was given the chance to use my platform to spread awareness of two important issues that, to be honest, just appealed to me more than making a typical music video. After visiting Kawah Ijen (the location of the Terraform video) earlier this year and seeing how the video was visibly changing the miners’ lives, the benefits of having shone a light on their story really sunk in for me. With oceanic pollution being such an important issue, it was an easy decision to go ahead with Sil and Jorik’s ‘Birthplace’ idea.

You’ve worked with Sil and Jorik on two videos now. Can you tell give us any insight into how that relationship and creative process works?

Both video ideas were 100% theirs. I’m just happy to be able to facilitate their production. We share a similar vision and artistic values which makes it easy to trust them in creating something that we’re all happy with. They came to me with the ‘Birthplace’ treatment and there was literally nothing I wanted to change. My input began and ended with the music and sound.

The UK is certainly at the forefront of the plastic pollution issue. Have you yourself made any changes in your personal life to reduce your consumption of single-use plastic products? If so, how?

It’s an issue that I’ve been aware of for a while, but since delving deeper into it over the past few months it’s impossible for me to ignore the problem. I can’t not think about it when I’m in a supermarket now, which is naturally leading me to avoid foods packaged in single-use plastics, where possible. I’m also working with two UK charities; Julie’s Bicycle – who’re assisting in ‘greening’ my rider for tours, including removing unnecessary water bottles and plastic from our backstage and tour van – and Energy Revolution, who turn traveled miles into funding for sustainable energy projects (Solar Power, Reforestation etc.). To explain this – we’re essentially giving ourselves a Co2 emissions tax: X miles = Y amount of £. The money will then go to funding these projects. This explains it: https://www.novoamor.co.uk/sustainability 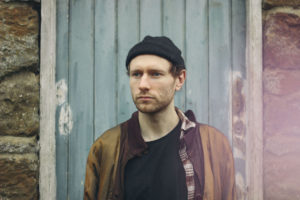 You’ve chosen to perform and record under the moniker of Novo Amor, which I believe means new love. How did you come to choose that name? What does it mean for you?

In brief, I didn’t want to use my own name and Novo Amor felt relevant to why I was starting the project back in 2012. I essentially found a ‘new love’ in music and used it to replace a broken-down relationship. It makes me cringe now.

Over the past couple of years you’ve collaborated with Ed Tullett. It takes a pretty tight connection with somebody to create a full album with them, as you did with him for Heiress. How did you and Ed come to work together and what makes that collaboration special?

He was a friend of a friend and we met at one of his shows in Newport, 2013. He crashed at my house for a few days after the show and we just naturally started playing and writing together. We very quickly became friends due to our mutual interest in just creating music and doing very little else. That week in 2013 was the start of writing ‘Heiress’. The process of creating the record was us getting to know each other, learning from each other and just messing around in my home studio every few weeks. I think it’s made special by the un-pressured environment in which it came about; we’ll never do another record together in that fashion. 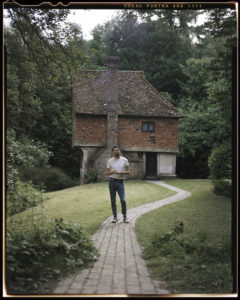 Birthplace is an amazing single that has already garnered a great deal of attention among those of us involved in the battle against plastic pollution. What does the song mean to you and what do you hope it achieves?

The song is not about the environment, plastic or the oceans, rather about recognising a change in yourself for the better. I just hope people like the song and take something from it. The video on the other hand… well that speaks for itself and its already achieving what we’d hoped.

The Birthplace album is due for release in October. What can you tell us about the entire album?

Sonically, ‘Birthplace’ [the single] is a fairly good example of what to expect: lots of strings, trumpets and intense percussion. I guess it’s melancholic music with a hint of fanfare and celebration.

What’s next for Novo Amor?

Lots of shows this Autumn, then probably lots more shows next year! I’m also looking ahead, trying to get some other ideas off the ground and thinking about the future of Novo Amor. Hopefully some more work with Sil and Jorik too.

We thank Novo Amor for his time and stay tuned for our interview with the filmmaking team behind the Birthplace video, which we’ll publish on Thursday, along with fantastic “making of” video.

Tod Hardin serves as the Head of Marketing & Communications for the Plastic Oceans Foundation, while also quenching his thirst for entrepreneurship in his role as a partner in the global creative agency, Crowd.