Quinn Serves As the Official Artist of the Inaugural Trees & Seas Festival.

Marissa Quinn is already a woman of many hats — artist, professor, surfer, environmentalist. Speaking to her, in fact, you get the sense that, much like her uniquely detailed artwork, she has gone through life being meticulous about her choices, honing in on areas of greatest importance – whether professionally, emotionally, or pedagogically – and giving them her soul.

Quinn is best known as an accomplished artist who creates exquisitely detailed pen and ink drawings and murals that feature cyclical narratives of extinction and growth on Earth. Much of her work details endangered species of flora and fauna to which she wants to draw attention, and she frequently blends biological illustrations with surrealistic elements to create pieces with a dream-like state.

Quinn’s work is currently on display at Sparks Gallery in San Diego, California and the permanent private collection of the Lancaster Museum of Art in Lancaster, California. She also has permanent mural installations in Michigan, Maryland, Ohio, and Bali. 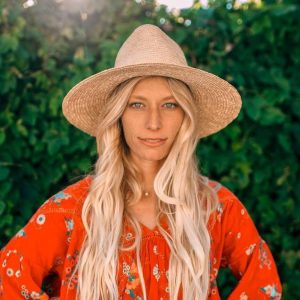 Growing up in a small town on the coast of Southern California, art was a part of Quinn’s life for as long as she can remember. In the second grade, Quinn was a shy student in a new school who was having trouble making friends. Her astute teacher noticed that she liked to color and let her skip recess to pursue that interest. That turned out to be a wise strategy, as Quinn’s classmates noticed her artistic talent and began to stay back with her, not only developing their own artistic skills but also connecting to her through the process.

This elementary school experience set the stage for the role that art would play throughout her  life – as a place of safety, therapy, and a way for her to recharge. She continued to pursue her love of art in both college and graduate school, where she was inspired by the anatomical science/art fusion work of Ernst Haeckel and Leonardo da Vinci and developed a passion for anatomical and medical illustration. Her pieces increasingly began to blend biological illustrations with surreal elements, resulting in work that is simultaneously scientifically accurate yet dreamlike in nature. It was Quinn’s interest in biological illustration which led her toward an exploration of climate change and environmental degradation, aspects of which she often layers into her work.

During graduate school, Quinn also realized that her art could also serve as a means of highlighting environmental issues and shining a spotlight on endangered species. “I feel like it’s my duty to spread light and share the light with species that maybe don’t get a lot of attention often,” Quinn says. “You know we always see the token animals that are endangered, like the elephant or the lion or the rhino, then we always forget about the toad or a tiny little insect.” Quinn hopes that her illustrations of these living beings will inspire people to take notice and do their part in fighting to preserve the environment.

Her environmental streak was sparked not only by her interest in biological illustration, but by her love of the ocean. As she grew up along the coast, Quinn paid close attention to the ocean and understood the rhythm of the tides and its connection to the moon. When she left Los Angeles after graduate school and returned home, she reconnected to the surfing community and the ocean, which “was a really natural, beautiful alignment in my interest in biology and moving back to a town that was really aware of the ocean and studying it and bringing awareness to it.” And through her interests in surfing the ocean, over the years Quinn has established work in the environmental advocacy, non-profit, and marine biology realms.

It is no great surprise then that her most recent collaboration should be with Plastic Oceans International, now serving as the official artist of their inaugural Trees & Seas Festival, taking place August 2 – 8 in over 30 locations around the world. 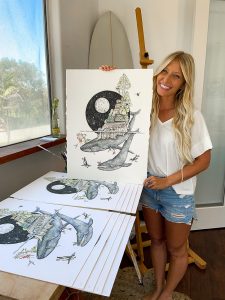 “Marissa was an obvious choice for us, as we have long admired her artistic style and the work she does to advocate for our planet,” said Tod Hardin, COO of Plastic Oceans International. “Her unique ability to capture the cyclical beauty, power and fragility of our planet, and to do so in such amazing detail, made for a perfect fit – not just with the mission of Trees & Seas, but also with our longstanding belief that art is a powerful tool for educating and inspiring change.”

As part of the festival, Quinn has created a stunning piece of work depicting the flora and fauna associated to Chiloé Island, Chile, which serves as the hub of the inaugural event. From the original pen and ink artwork, Plastic Oceans International and Quinn are making available a limited edition print run of 100. Each print is 16″ x 20″ and is produced on museum-quality paper (cotton rag archival paper), are signed and numbered, and come with certificates of authenticity. They are available for a minimum donation of $125; and there are also 10 available that featured hand-embellished gold-leafing, making them unique pieces, available for minimum donations of $200. Shipping is included worldwide. You can click HERE to secure yours.

In addition, on August 6th, Quinn will be a featured participant in Creativity as a Voice for the Planet, a panel discussion exploring the role that art and artists play in advocating for socio-environmental change – reminding us of the transformative capacity that art retains to move us, and therein of course, the innate responsibility its makers have. 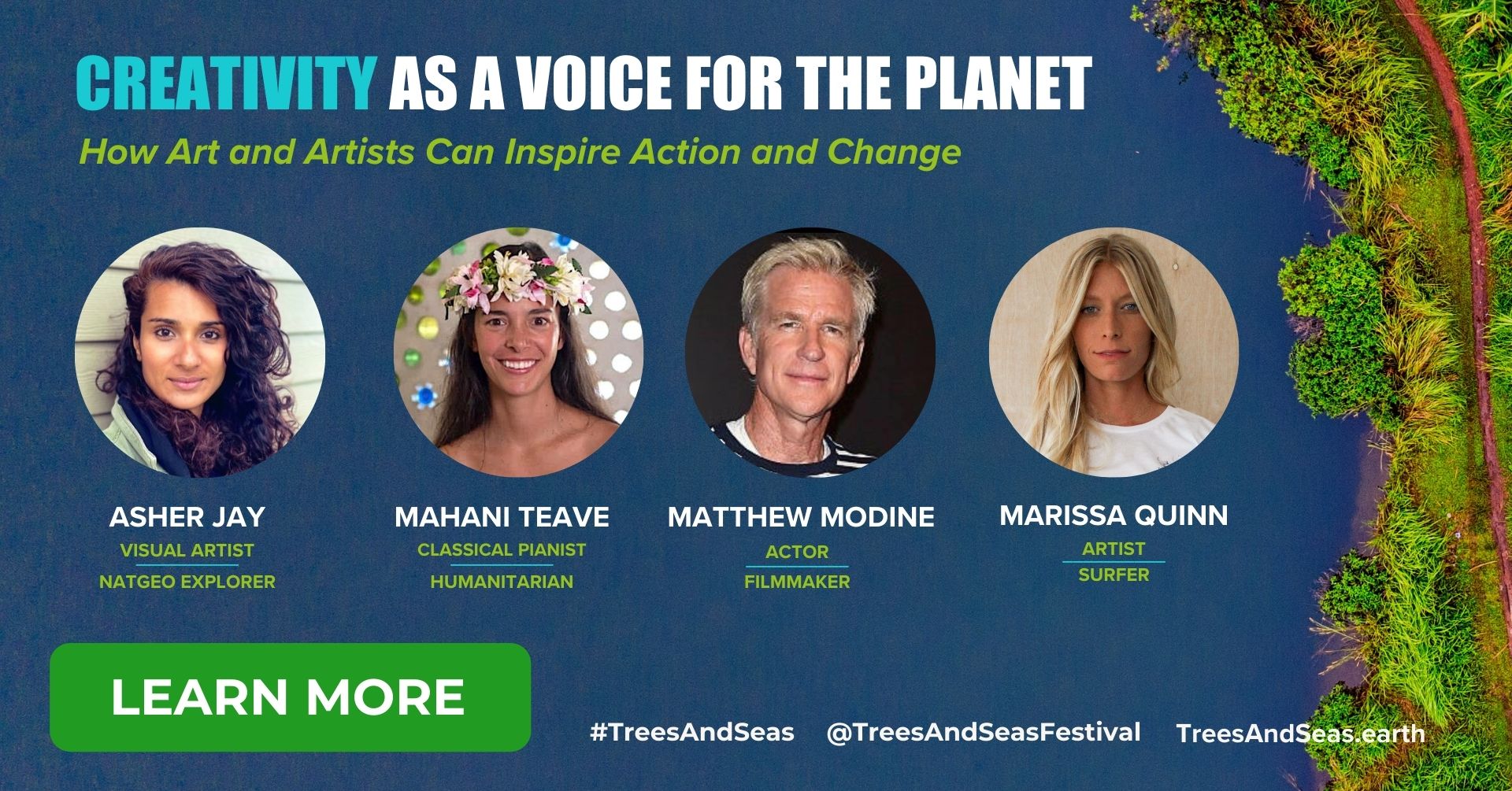 As such, Quinn is a person who exemplifies this, the artist’s potential to harness their talent for social change, in that she has incorporated her passion for the environment — and her concerns about its future — into her work since the very beginning of her practice. She has also urged other artists to recognize “that if your work lines up with an issue that is greater than yourself, . . .  it is your responsibility to speak up about it and support and do what you can to give back. I think that a piece of art can probably move the soul of a person in a way to inspire action to help the environment in a way that maybe facts on a sheet would not necessarily do, and I think that is because art has a spiritual connection.”

As Quinn notes, “It’s really smart for [organizations] like Plastic Oceans to be pairing your advocacy work with all the arts, you know through art, through music, through theater, through poetry. I’m honored to be part of this.”

Caroline Arena is a freelance writer based in the US whose work focuses on society and the environment. She is currently part of the writing team at Ninth Wave Global.