BIOagradables Making An Impact for Cleaner Seas and Shorelines In Valencia

Knowing that the local community must be active in the fight to save our beaches is one thing, but building positive connections with enough power to manifest that knowledge into real change is quite another.

Succeeding in their mission to motivate and educate as many people as possible to help change the state of the planet, and to keep the beaches in their natural state, is Valencia-based BIOagradables, who recently joined Plastic Oceans International’s BlueCommunities initiative.

Founded by Emilio Beladiez, President of BIOagradables, their story begins in 2012, with a group of friends who decided to spend a few hours cleaning up their childhood beach before they enjoyed a game of volleyball. After three hours of cleaning, the eight comrades realized that they had no real desire to stop, such was the impact of feeling the marine breeze in their hair, and the rubbish in their hands. Every month from then on, Beladiez and his colleagues would organize a clean-up, and thus was born BIOagradables. 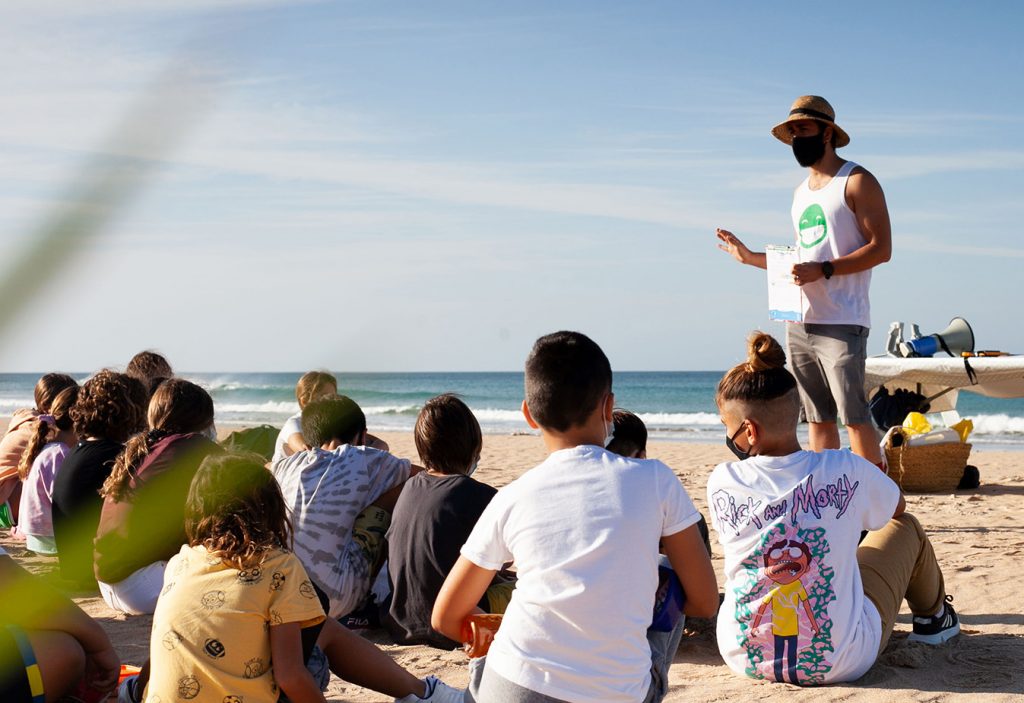 BIOagradables leading a cleanup in Valencia aimed at educating youth.

A decade later, they are still pioneering the cleanliness of Valencia’s gorgeous beaches, organizing cleanups, and internationally collaborating to launch education projects in schools in the Valencian community.

Before the onset of the pandemic, each cleanup saw around 180 volunteers flocking to the beaches to lend a helping hand. Though the numbers have since dropped to around 50 people per month, the impact of BIOagradables’ activism has certainly not: the lower numbers affords a unique space in which to positively share points of view, experiences, and to build lasting, one-to-one connections with members of the local community.

“We connect far more with people through positive engagement,” explains Beladiez, who knows that the lower numbers should not necessarily represent a dip in visibility. “The lower numbers are a blessing in disguise: everybody feels like they are among friends, which allows our community to keep growing, and our impact to expand – just because people are having a great time cleaning with us!”

Beladiez recognises that, with or without the pandemic, engagement is a challenge everyday. Ultimately, without the engagement of volunteers there would be no cleanups, no environmental education, and no international collaborations. In part due to this, and in part due to his already consistent underlying positive attitude, Beladiez and the rest of the crew at BIOagradables work through positive messages and happy campaigns, wearing their smiling logo with pride.

Literally wearing their goals on their sleeves, they focus on encouraging people to enjoy caring for the environment, facilitating changes of habits which are positively motivated, not negatively incentivised: in this way, they educate the people of Valencia in the importance of eating less meat, buying more consciously, and reusing wherever possible. 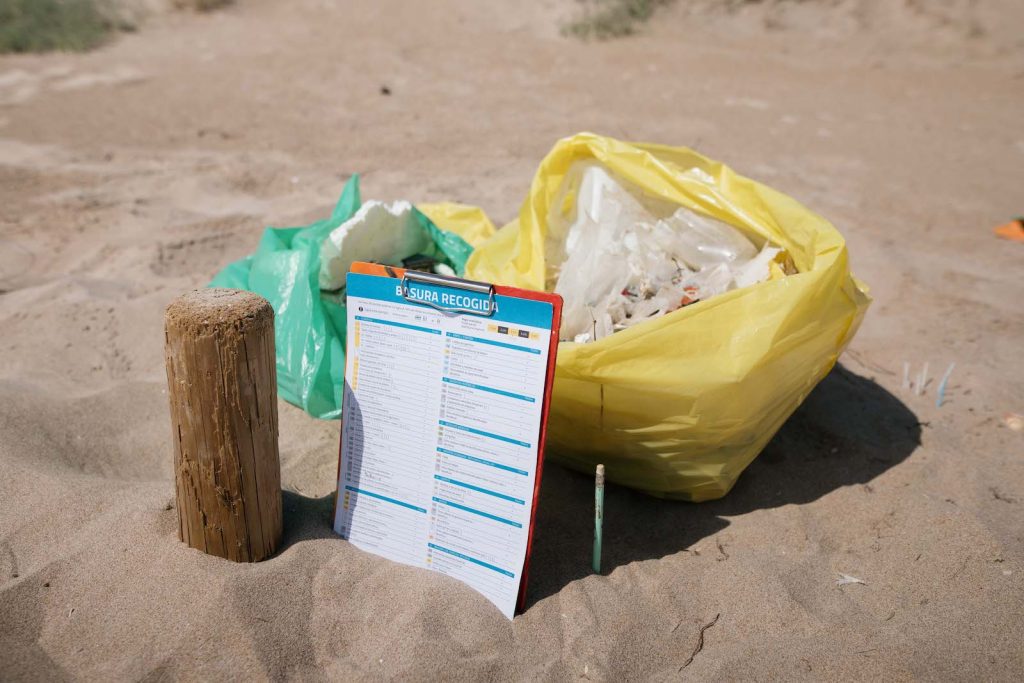 When asked about the significance of being part of the Blue Communities initiative, Beladiez is clear that collaboration is the best way to create a better place for current and future generations.

“It is so good to show the people of Valencia that there is a community of people, based in countries across the globe, who are doing the same things that we are doing here in Valencia,” Beladiez says.

Andrea Torres Saa, Regional Director in Europe for Plastic Oceans International, is in agreement: “Of course BlueCommunities is about doing, but it is also about showing what is possible – about what we are capable of when we set our minds to it and come together to make change happen.”

Indeed, it is necessarily in the structure and values of BIOagradables to work alongside others, because whilst each individual citizen must be active in the fight against plastic pollution, it is being part of a greater movement which motivates people to keep trying, and creates the visibility needed to have a lasting impact.