EDMAKTUB Among Newest Members of the BlueCommunities Initiative

Maktub; it is written.

In Paulo Coelho’s The Alchemist, the young Santiago encounters this word – loosely translated from the Arabic – when he is taking important steps on his journey towards achieving his life’s purpose.

For Eduard Degollada, Maktub is not merely the word for fate, but also for his 14-foot catamaran that is dedicated to the work and research being done by EDMAKTUB. This NGO, for which Degollada serves as President, is based in Vilanova i la Geltrú, Spain, and is dedicated to the study and disclosure of the aquatic environment within the Balearic Sea.

“I was reading The Alchemist when I bought the boat in 2010,” says Degollado, “and when I was asked what I was going to name it, the answer seemed obvious. Here I was turning a corner, and about to set out on a new mission, and the name Maktub seemed to present itself to me.”

More than 10 years later, EDMAKTUB, a recent addition to Plastic Oceans’ BlueCommunities initiative, is still pursuing Degollada’s mission; a positive future for cetaceans (marine mammals such as whales and dolphins) in the Balearic Sea. Focusing primarily on the study of fin whales and sperm whales in the area, Degollada has been committed to researching and raising awareness in the region for over three years, but he has been researching cetacean distribution and health since 2000.

The Maktub in the presence of majestic giants.

When I speak to him, he has been using his land-legs for mere moments;: “We have just returned from the harbor, where we were tracking a female whale we first met four years ago.”

Though they focus on the continued study of whales in the Balearic Sea, the team at EDMAKTUB are also at the forefront of developing non-invasive research technologies to monitor cetaceans in the water. By implementing the use of thermal cameras, for example, the team has gained the ability to see and identify whales at different distances. The goal of these new technologies is the ability to give boats an early warning of the presence of whales, which will mean a reduction in collisions – dangerous for both the whales and the humans on the boats.

The core team at EDMAKTUB is small, however; with only two people working year-round on research and raising awareness alongside a number of partner institutions. In the peak of the whale season, which occurs between March and May, the team swells to ten people, each of whom maintains their own research line, ranging from environmental and behavioral data collection, to species identification and biological sampling.

So how is it that a team of individuals, that you can ordinarily count on your fingers, maintains awareness of whale movements across huge swathes of the sea at all times?

The answer, and key to EDMAKTUB’s work, is their relationship with the fishermen of the Balearic Sea. Their constant presence working in the waters gives EDMAKTUB access to data about not only cetaceans, but other fish and sea birds, which they would otherwise find difficult to track with the same consistency. The fishermen send their sightings to the team through Whatsapp, and EDMAKTUB log the information to analyze alongside their own findings, or take the boat out to investigate sightings. 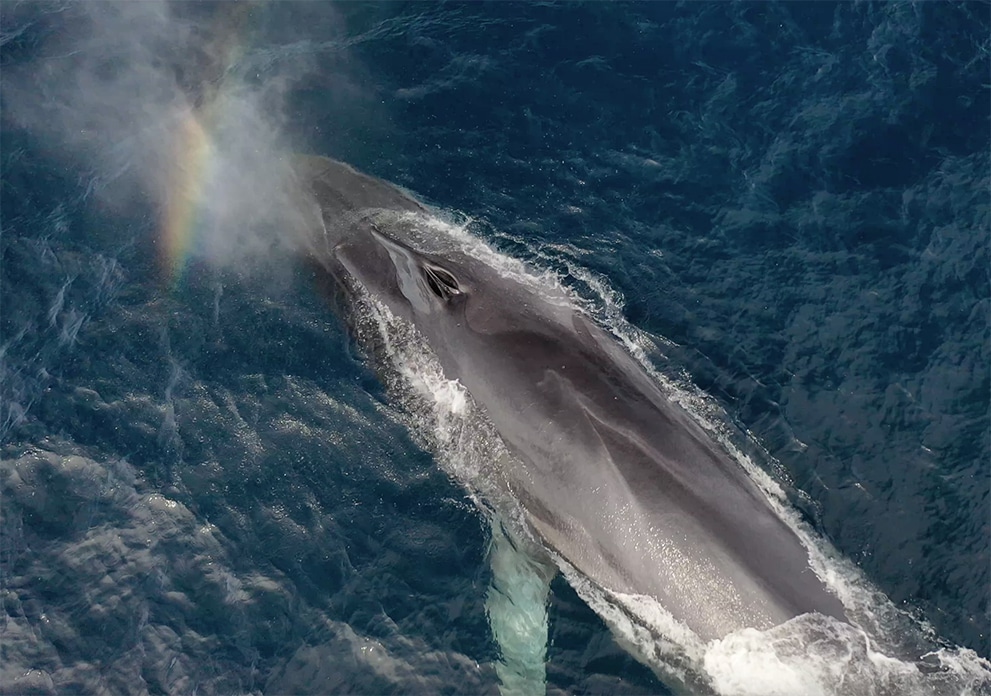 The beauty of what EDMAKTUB works for … a positive future for cetaceans in the Balearic Sea.

“In 2013, for example,” says Degollada, “we were told by fishermen that there were whales near Barcelona. We barely believed them, we asked, ‘are you sure?’ But we trust the fishermen, so we decided to take Maktub out to investigate.”

Sure enough, when Degollada went to investigate, there was a pod of 12. By 2014, when they completed a survey in the shallow Catalonian waters, they had discovered that the seas around Barcelona were a foraging ground for Atlantic whales.

“This is a perfect example of how small local organizations can make an impact on a much grander scale,” said Tod Hardin, Co-Founder and COO of Plastic Oceans International. “These types of relationships, such as that with the fishermen, could only be forged by a local organization that is ingrained within their community and fully understands it. It’s exactly why we have chosen to collaborate with dozens of organizations similar to EDMAKTUB via our BlueCommunities program.”

EDMAKTUB’s work continues to grow and strengthen, as their discoveries have contributed significantly to the understanding of the ocean’s most majestic inhabitants. Maktub continues to write a better future for cetaceans off the coast of Catalonia … and across the globe.