Humans Eating Plastic – Over 40 Pounds In A Lifetime

Plastic In The Body … Who Would Have Thought?

So – studies reveal – it looks like we humans are consuming a horrifying amount of plastic, week on week.

It’s been a full 20 years since necropsies failed to find a single fulmar seabird in Scotland without plastic in its stomach. Microplastics are now well-documented as having reached the poles, Mount Everest, and the deepest depths of the ocean, where there are hardly any 7-11’s to speak of; and ocean creatures such as turtles and whales are regularly found to have starved due to having stomachs full of plastic.

Plastic in our own bodies? In human placentas?! It was only a matter of time, wasn’t it just.

A 2019 joint study by Dalberg and the University of Newcastle in Australia has revealed the extent of humans eating plastic: every week we eat – on average – one lego brick; every year a dinner plate (100,000 tiny pieces of plastic); every decade a lifebuoy. Yes, every ten years we consume the amount of plastic it would need to save our lives at sea. That much buoyancy; that much.

We read about plastics in our environment almost daily, then forget about it when we turn up to the shop; or gripe a little when yet another perfectly good apple with a natural skin is wrapped in plastic and then buy it anyway.

A lifebuoy, in our bodies, every ten years. That much. 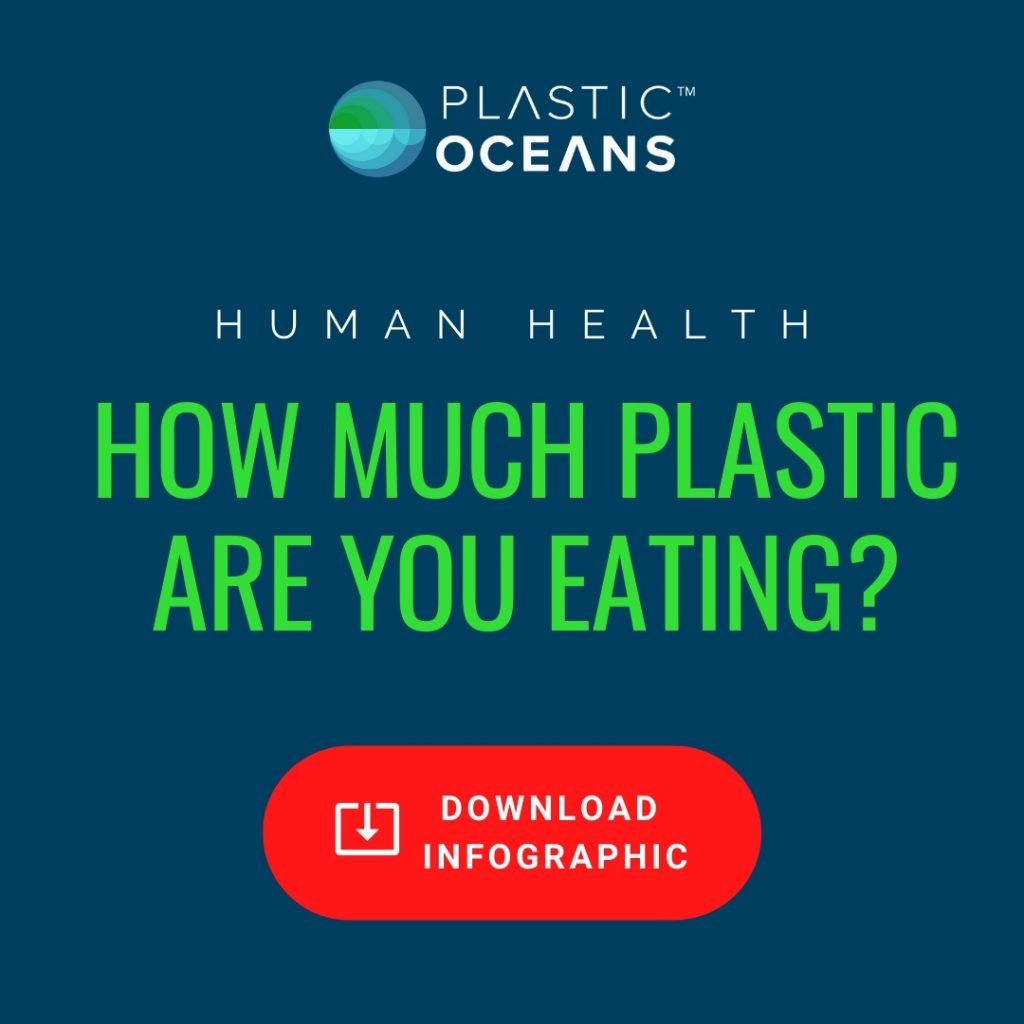 “In a few short decades, we’ve gone from seeing plastic as a wonderful benefit to considering it a threat. And for good reason. We now know that these plastic particles don’t just pass through our digestive system. Instead, they, along with known toxins attached to them, are indeed making their way into human tissue. What we don’t know definitively yet is the impact that these particles are having on our bodies. Are they just a nuisance or a health hazard? I’ll bet on the latter, but science must play out on that question.” 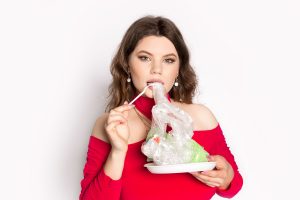 How much plastic are you eating?

What we do know, however, is that it is affecting the rest of our environment and natural world, so why would we think it is not doing the same with us. As the World Wildlife Fund – sponsor of the Dalberg and University of Newcastle study – stated: “Plastic is polluting the air we breathe, the water we drink and the food we eat.”

It is no externalised problem, affecting other creatures – it is affecting us. In case there was any doubt, the oceans aren’t out there, distant from us; they are us. We are them. There is such a thing as a global system, and we are a part of it.

And still we divagate. Individually, collectively, politically. It is interesting to wonder, in these Covid times, when the plastic tipping-point will be reached, as it inevitably must.

Whenever it comes, the only thing we can be certain of is that history will judge it should have happened much sooner than it did.

Jon Bonfiglio works in sustainability with Ninth Wave Global and covers news & environment for a variety of media outlets internationally.