By his own admission, Alan van Gysen hated the ocean as a child. His founding memories are of its scale compared to his childhood frame, and how overwhelming it felt. Years later though, he would become a young lifeguard, which then led to surfing, and eventually photography. What had seemed unrelatable to him as a boy was by then transformed into a vast and literal ocean of possibility.

Alan the man had become fascinated by the deep blue; he had fallen in love with the ocean.

Alan van Gysen is now one half of Now Now Media, a South African creative agency which specializes in stories inspired by the sea. His partner at the company, Will Bendix, was introduced to surfing by a friend aged 14, and became equally obsessed.

Now both find themselves immersed in the ocean and its stories. 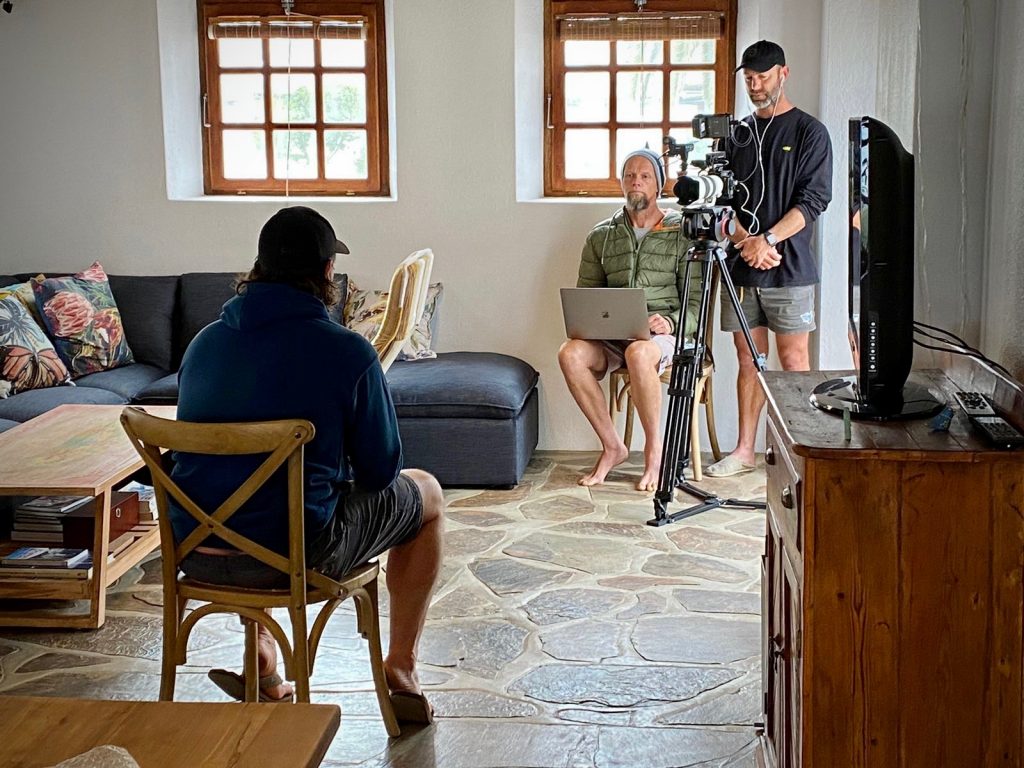 Will Bendix and Alan van Gysen during production on Cutting the Line.

“Alan and I both come from a background where we’ve built our lives and careers around the ocean,” says Bendix, “and derived immense joy from the sea. We began a little more focused on commercial angles around magazines and the like but I guess it was inevitable that our focus would shift to environmental issues affecting the ocean, especially where nature and people intersect in dynamic or unusual ways.”

And nowhere do nature and people intersect more viscerally than in the film Cutting the Line, a devastating and yet hopeful collaboration with Plastic Oceans International which foregrounds how seals of the Skeleton Coast get tangled in fishing lines and other sundry plastic waste. These seals will generally physically grow into the debris, leading to devastating injuries and slow deaths.

But rather than focus exclusively on the plight of the seals, the narrative arc follows the Dreyer family of Walvis Bay, and how they and their team at Ocean Conservation Namibia are working to physically cut these lines. Crucially therefore, a story which could be presented as another example of man’s blind impact on his environment is transformed into one of possibility, in which the viewer is challenged and inspired by the change we can make when we put our minds to it.

“Cutting the Line really encapsulates the consequences of the global plastic crisis in a way that anyone can relate to,” Bendix explains, “while also showing that ordinary people have the power to make a difference and do extraordinary things. This is often where real change is born and driven from.”

It is this angle, and this capacity for the film to make a difference, which inspired the team at Plastic Oceans International as to the value of the work. Tod Hardin, CEO of POI, had actually already contacted the Dreyer family about making a documentary, and from there the connections triangulated to the point where all parties agreed on the collective vision of the work, and collaborating around it.

“Environmental storytelling can’t just be about challenges,” says Hardin, “it also has to be about solutions. That’s the beauty of Cutting the Line for me; it’s a piece about human beings solving problems, striving to be better versions of themselves, of ourselves. I am so, so proud to be working with the Dreyer family and Ocean Conservation Namibia, and of course Alan and Will at Now Now Media. More than proud, I’m inspired. We should all be inspired by what we are capable of.” 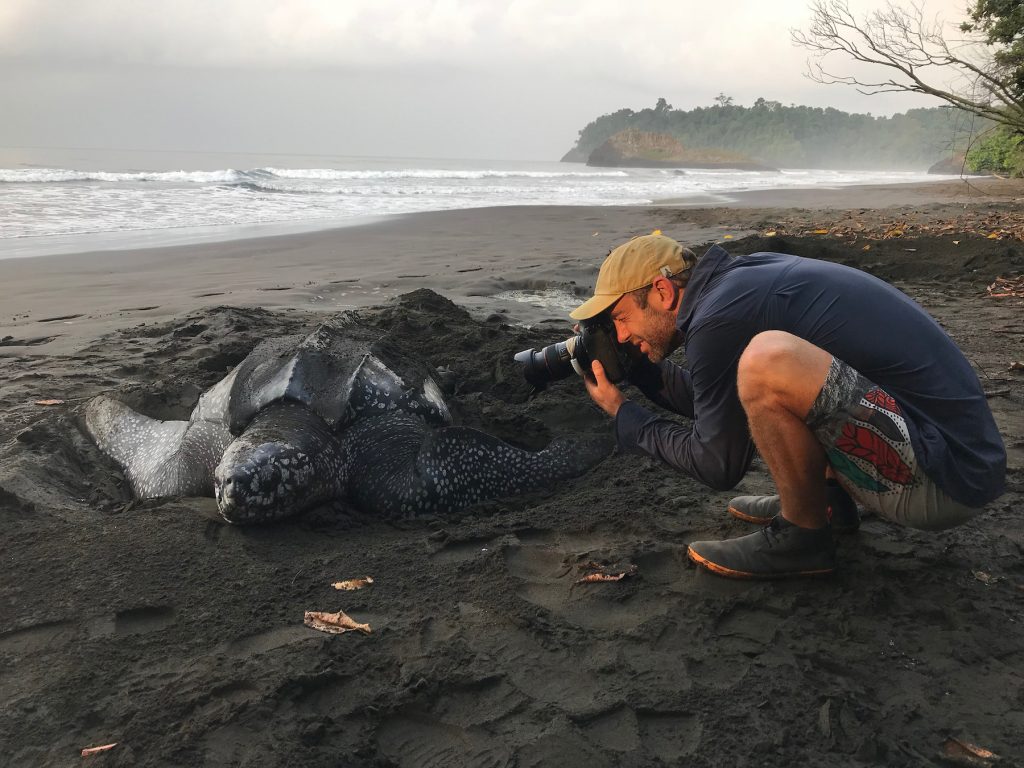 Alan van Gysen gets up close and personal with a giant leatherback sea turtle.

Now Now Media, in fact, are now broadly regarded as one of the standout international creative agencies for environmental storytelling.  Their recent piece Mirage (view below) won Best Documentary Short at FLA Surf Film Fest last year, and van Gysen was behind the lens of a still shot from Douala, Cameroon, which was named by Plastic Oceans International as their photo of the year 2021. To view this powerful image, download the inaugural edition of Currents, a new quarterly digest from Plastic Oceans.

Collaborations between Now Now Media and POI are now slated to continue far into the future, with both organizations agreeing multi-faceted partnerships on a range of projects for the next few years – all of which have a focus on the positive human act of actively making change.

Alan van Gysen sums up the drive: “We have to intentionally choose to want to make a difference one small step at a time. If we can educate people around the world to want to care for and become good stewards of their small piece of habitat, and to live more harmoniously with their environments, we can change the state of things.”

Will Bendix agrees: “These are problems we are all saddled with and every choice we make has an impact. It doesn’t matter who you are; if the Dreyer’s story – or any other we tell – makes you stop and think about our role in all this and what we can do to make a difference, then we’re hitting the mark.”

Hitting the mark; cutting the line; making a difference.

Now Now Media, using the power of film to present us with what might be, and who we might become. Stay tuned for updates on Cutting the Line. In the meantime, enjoy their award-winning film, Mirage, about the ever-changing and stunning Skeleton Bay coastline: