Yesterday, the local Chamber of Deputies approved with 51 votes in favor, zero against and one abstention, a ban on various single-use plastics in Mexico City.

The Chamber of Deputies of Mexico City approved the initiative with draft decree by which a section XVI  is added to article 3, and articles 6, section XI and 25, section XI. All of the laws are reformed for solid waste of the Federal District, by means of which various so-called single-use plastic articles are prohibited for their short useful life. In the opinion presented by the deputies Alessandra Rojo de la Vega and Teresa Ramos Arreola (both from the PVEM), article 25 BIS XI is amended, stating that it prohibits:

“The commercialization, distribution and delivery of plastic bags to the consumer, at the points of sale of goods or products, except if they are compostable plastic (…)

The commercialization, distribution and delivery of forks, knives, spoons, mixing sticks, plates, straws or straw, swabs for cotton swabs, balloons and rods for balloons, cups and their covers, trays for transporting food, tampon applicators, manufactured total or partially of plastics, designed for disposal after a single use, except those that are compostables.”

This is an important advance since it is the first legislation in the country that promotes the elimination of various plastic items that are harmful to the environment and human health, whose recycling rate is low or non-existent such as balloons, polystyrene crystal and expanded to applicators for tampons, among others.

Additionally, the opinion defines the concept of compostable, and the transitory articles establish the obligation of the Ministry of the Environment (SEDEMA) to issue the Environmental Norms to regulate the disposition of said materials.

The Mexico Without Plastic Alliance (AMSP), formed by various organizations that fight against plastic pollution throughout the country, was present at the plenary session and expressed its support for the approval of this opinion, which undoubtedly sets an important precedent in the fight to combat the plastic pollution that Mexico City is experiencing.

In this sense, Gabriela Evia from UMANIA and member of the AMSP, said: “I am pleased that this innovative environmental legislation has been approved and goes beyond plastic bags and straws. We hope that it sets a precedent for the other states of the country to extend the prohibitions to other plastics of single-use. Now the challenge is to raise awareness among the population about the importance of reducing our generation of unnecessary waste. We need a cultural change, with education campaigns to change our consumption habits, and getting used to bringing our own containers to avoid disposables and promote the return on products. “

“I am glad to hear the voice of the citizens who are asking for an urgent change. However, it is necessary to be careful with the alternatives we are looking for because many of these could represent a greater harm to the environment and human health, as are the additives that are being developed to make plastics biodegradable. Also, it is necessary to incorporate this topic into the educational agenda as soon as possible to develop individuals sensitive to the issue and thus promote the proper use and disposal of waste to contribute to its proper treatment,” said Mariana Soto, Executive Director of Plastic Oceans Mexico and member of the AMSP. 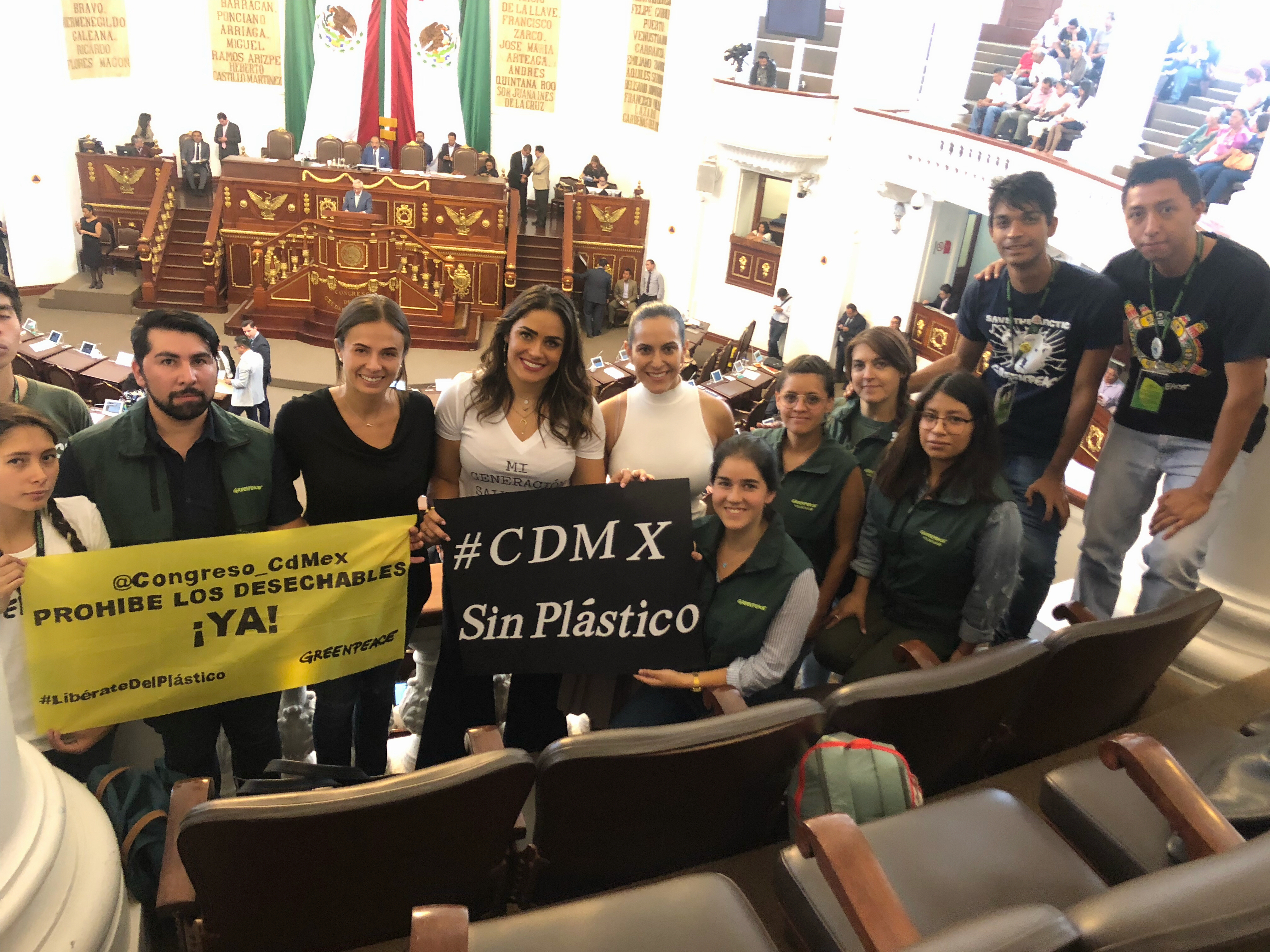 Prohibiting Single Use Plastics in 2021 at CDMX

“From Greenpeace we see that this initiative is an advance and a very good first step in the fight against plastic pollution and we hope that this initiative promotes a decrease in the generation of solid waste in the city, avoiding false solutions such as bioplastics. We must think that the solution to this problem is to reduce production, for example from the big brands, and that is where the prohibitions pay. We must bet on a cultural change and we regret that the winks of some deputies persist, such as those of the PRD caucus towards the incineration of waste that does not contribute to this change of culture, “said Miguel Rivas, coordinator of the Greenpeace Oceans campaign. Mexico.

It is necessary for the industry to understand that its products harm the environment and human health, that the disposability of them does not exist as such, and that it generates a global crisis. We hope that they are part of the solution and not of the problem that affects us all.

We continue for regulation at the federal level!