Mexican NGO Now Part of Global BlueCommunities Program that Fosters Local, Values-based, Ocean Advocacy and Action As a Means to Inform and Inspire On a Global Scale

An assumption which is no accident but rather a direct result of the amazing, unique landscape of this most remote, and least populated of Mexico’s states, a peninsula which points down like a finger between the Pacific Ocean and the uniquely biodiverse Sea of Cortez.

It’s place protecting the natural – and in particular the marine – environment, from the sort of damage that has become all too common elsewhere on the world’s coastlines.

Also, most recently, a place which is home to the newest of Plastic Ocean International’s BlueCommunities partners, in the shape of Rescate de Lobos Marinos, an organization working to identify and disentangle sea lions trapped in nets, fishing lines or other (mostly) plastic debris, and advocate for changes in public policy to diminish the incidences of such events. 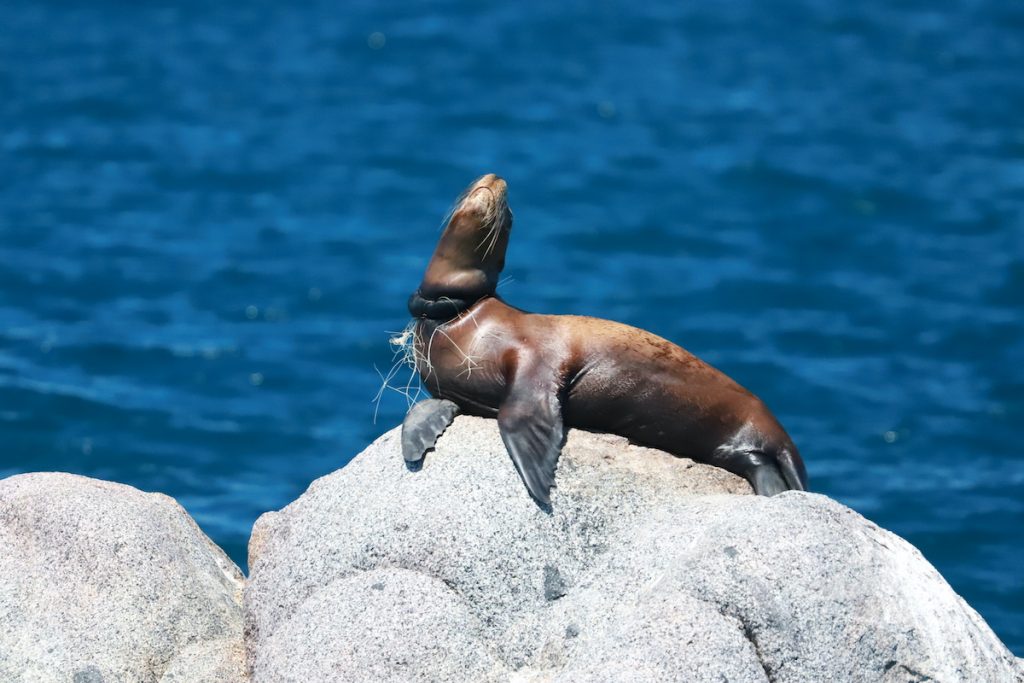 A far too often reality seen by the team at Rescate de Lobos Marinos.

“These little guys are not the fight … the fight is much bigger,” explains co-founder Eréndira Valle Padilla, “the fight is a national one, because we do not have a law that can mitigate against these events. We disentangle where we can, sure, and that is the most visible aspect of all our work, but what about everything we cannot see?”

With colleague Daniela Bárcenas – veterinarian specialist in sea lions – Eréndira Valle Padilla established Rescate de Lobos Marinos in 2014 after witnessing the trauma of entangled sea lions first hand in the Sea of Cortez. “We made a huge scandal, collected signatures, made so much noise, that the authorities had no choice other than to sit down with us. But ultimately they have no resources, no skill sets, no expertise, and so although they agreed on the nature and the scale of the problem, they handed the problem right back to us.”

Rescate de Lobos Marinos’ initial response was to set up training programs, “because it’s quite easy to disentangle a small puppy, but what do you do with the adults? And with the males. And especially with the females protecting their babies.” But they knew that their work couldn’t end there: “How do we change this?” questions Valle. “It’s not only a fisherman, the authorities, management and so on – it’s the consumer. If the consumer is conscious of how the fish comes into a meal, that changes everything, because if you buy fish from where you know who the fisherman is, how they fish, what they fish with, whether the fish died without suffering, that’s the key.” 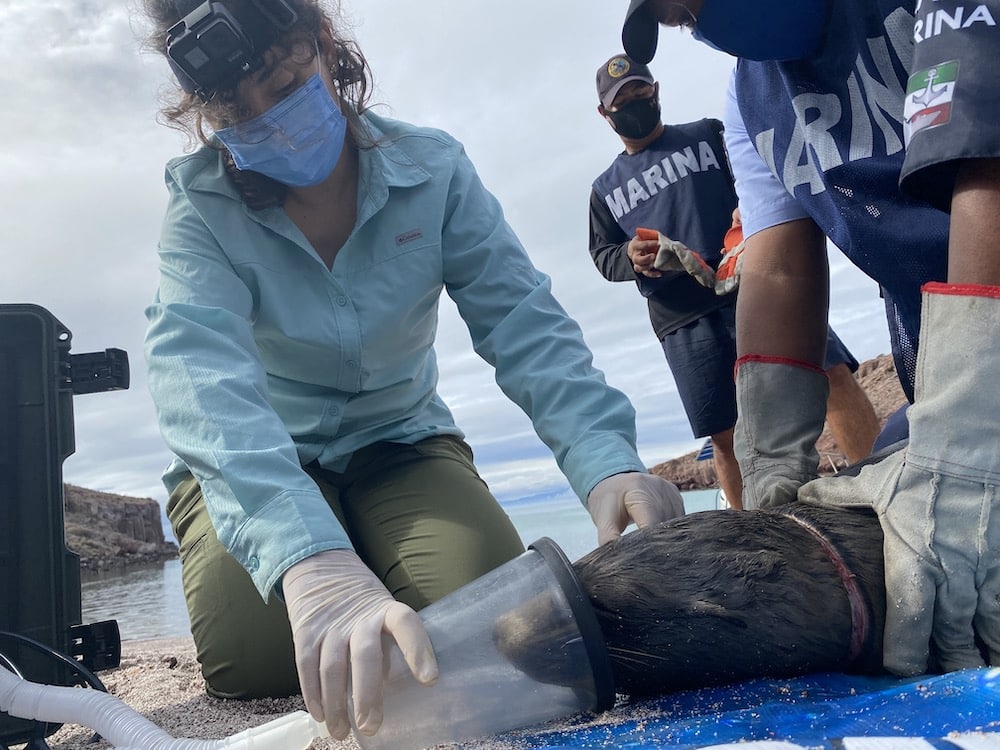 Rescue vets removing a fishing line that was cutting into a sea lion’s neck.

As a result, the work of Rescate de Lobos Marinos is impressively, and necessarily, multi-faceted, straddling direct action, advocacy, public information, filmmaking, science, education, professional development, and so much more.

“It’s what really brought Eréndira Valle and Daniela Bárcenas to our attention,” says Salvador Ávila, Executive Director of Plastic Oceans Mexico, “how they were doing so much. Of course their work is fundamentally focused on the scourge of plastic in our oceans, and the vast damage it is causing, but what is amazing about Rescate de Lobos Marinos is their multi-level work to bring about holistic change. They are inspiring; we are inspired by all that they do – and we’re so proud to have them alongside us as one of our newest BlueCommunities.”

In person, Eréndira Valle is an irrepressible force, continually enthusiastic, giving, and wholeheartedly committed to all her actions, from introducing her small team of biologists, to arguing the case for change.

“The ones that we disentangle, are the ones that survive. There is nothing more important than this.”

Jon Bonfiglio is a longstanding broadcast and print journalist, as well as Managing Editor for Plastic Oceans International’s written content.