“I have encountered a lot of plastic; too much plastic,” says Sarah Ferguson, as she describes her encounters with the ever-present scourge of modernity on her newest epic, which is dubbed the One Ocean Swim – which will see here swim from Durban to Cape Town, in her native South Africa.

For those uninitiated in the finer geographical points of South Africa’s coastline, this is an epic 1,500km (930 mile) swim, likely to take in the region of 100 days. Having started on February 21, the swim has already encountered (in the words of Ferguson): “Dolphins, pilot whales, humpback whales, hammerhead sharks, manta rays, fish, fish, more fish, tuna, lots of gannets, other birds in the sky, cats and dogs and cows, chickens, bluebottles galore and so many different types of stingies. I can’t identify them but they sting, they sting a lot.”

Apart from being immensely painful, these sorts of stings also have the capacity to generate breathing disorders in sufferers, up to and including anaphylaxis. On top of which Ferguson faces the immense challenge of getting up and going for 4 or 5 hours every day, on top of the travel, and managing logistics. Additionally, the swim is highly technical because the team has no idea how far she will swim every day; it’s impossible to know what current they are going to deal with, or what conditions they are going to get. By their own admission, in such a rapidly changing context, sometimes they get it right and sometimes they don’t. 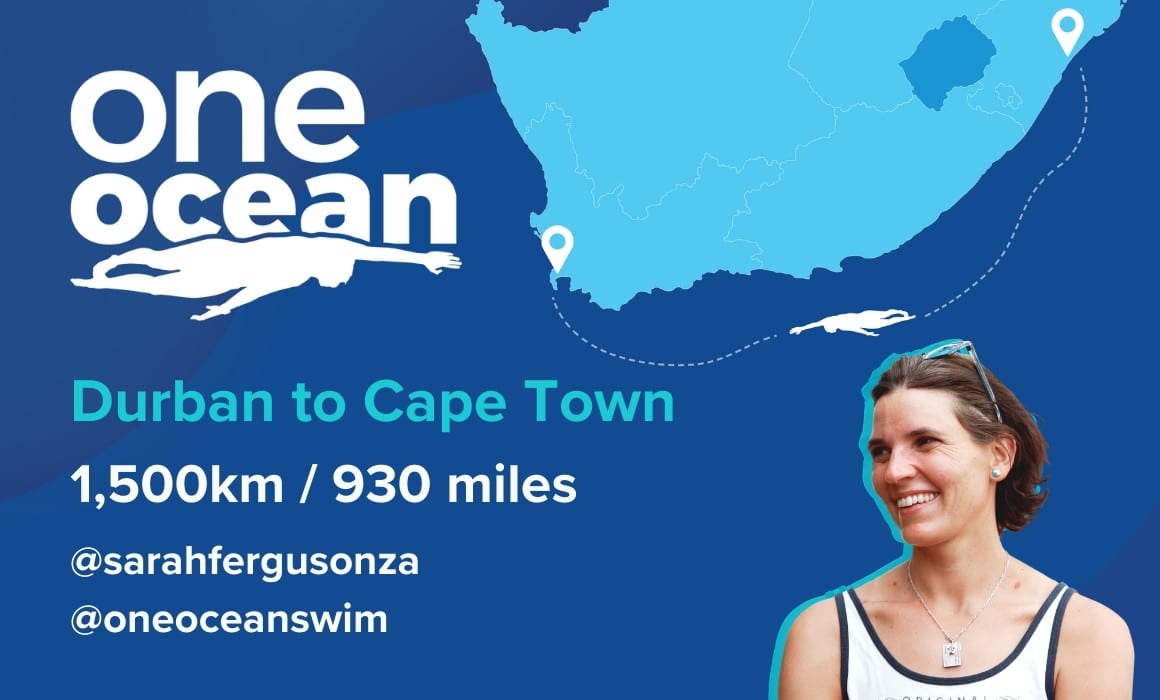 A cursory list of these challenges makes it clear that individuals such as Sarah Ferguson are a breed apart; the sorts of single-minded individuals who have the capacity to inspire and terrify us at one and the same time. But whichever way the coin lands, the truth is that the likes of Ferguson are impossible to ignore – and that of course is the point. In a world in which it is too easy for us to look away, activists – no, champions – like Ferguson engage us viscerally with topics that affect us all by putting themselves, their bodies and their wellbeing on the line.

So, she has our attention. Just as she did throughout her word-record swim around Easter Island (Rapa Nui), which resulted in the award-winning documentary, Against the Current.

More than that, she deserves our attention.

And from that engagement comes the necessary and naive interview question: “Why should we all be as engaged with the oceans as you are?”

Ferguson’s reply is sharp, and starts almost before the question is finished: “Because the oceans are as essential to human life whether you use them or love them or not. They provide more than 70% of the oxygen we need in order to breathe. And they also provide a lot of our food sources. So they are economically important but also environmentally crucial.”

Ferguson’s argument could finish there, logical as it is, but to her immense credit she also recognizes that the magic innate in our greatest ecosystem is part of her argument, because as humans when we are inspired is when we are capable of the greatest possibility. 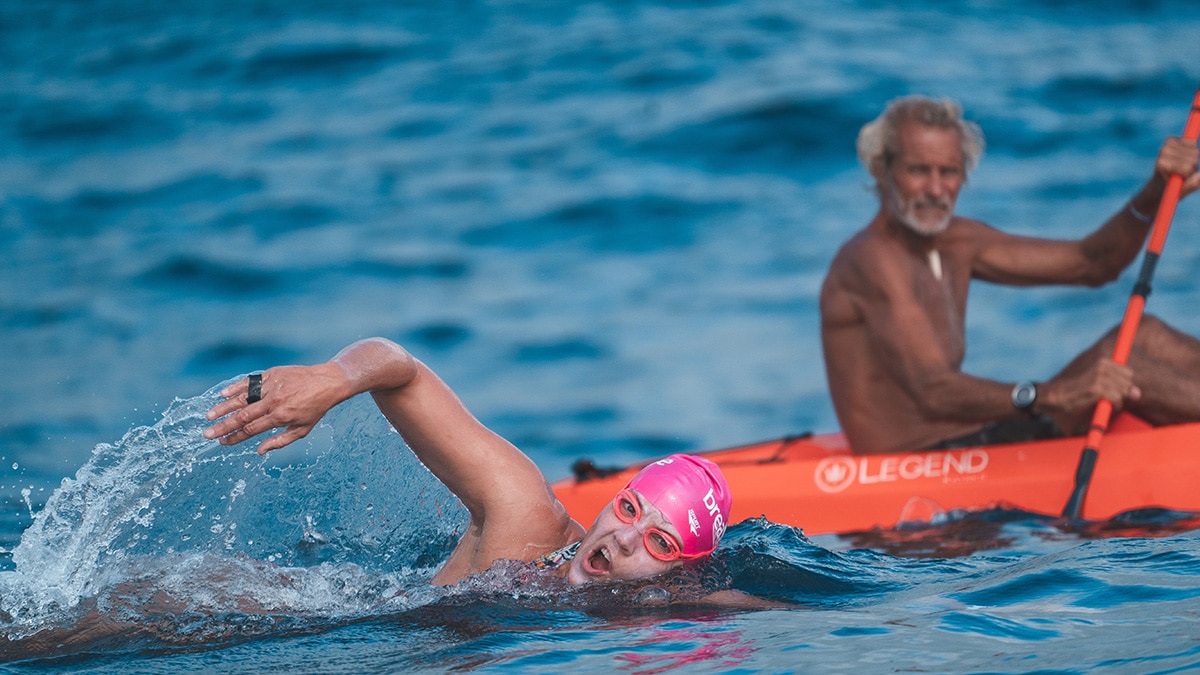 “My defining hope is to see life thrive in the ocean and for future generations to encounter the ocean better than I have and respect marine life. In order to achieve that, the predominant message I would like to convey is that as much as I swim stroke by stroke, I would like to encourage people to make one decision to change their behavior around their consumer habits. Our motto is to live deeply and tread lightly. My hope is that if everyone who follows the swim can make one change in their behavior around consumerism then everything we are doing is worthwhile.”

Whether related to our oceans, climate change, global pollution or a whole host of other existential environmental problems which beset life today, the sheer enormity of the problem has the capacity to overwhelm us, to paralyze our actions, much as all the challenges faced by Ferguson in her swims seem certain to stop her dead in her tracks.

But still she pushes on.

One small movement at a time.

If there’s a better metaphor for how to conceive of and action change for ourselves and our planet, I have yet to hear it.

Make the next stroke.

To keep up to date with or support Sarah Ferguson’s journey on instagram, follow @sarahfergusonza and @oneoceanswim. To donate directly to the One Ocean Swim, and thus help empower her to complete it, click HERE.