Using a Fun Approach and a Positive Message to Create Change

Welcome to the Seychelles.

Nothing short of paradise.

All are words and thoughts that perfectly sum up this island chain, one of most sought after on earth for once-in-a-lifetime holidays.

But there is trouble in paradise. As with everywhere else on earth, the scourge of plastic pollution has hit this nation of over 100 islands hard. Since 2020, however, SeyNoPlastic has been driving a nationwide awareness campaign on the issue, taking different means and language towards driving a focus of change across government, corporate and educational sectors.

“It was born out of a brainstorm,” says Katrin Perchat, director of the organization. “We first formed an organization and a working group called The Future of Plastic Waste in Seychelles, but I was insistent that before getting stuck into the fundamentals, we first needed a massive awareness campaign which could speak to people directly. The idea was to immerse the whole country, the whole nation, in the issues. In fact, what we were driving for was to create a vibration around this theme.”

So was born SeyNoPlastic, a mass media, nationwide campaign, appearing on tv, radio, newspapers and advertisements everywhere on the Seychelles, a program which became especially known and popular locally because it refused to stigmatize use of plastic, instead choosing to use humor and reinforce positive behavior.

In addition, to strengthen their reach, SeyNoPlastic has joined Plastic Oceans International’s expanding BlueCommunities initiative. This alliance of solutions-based organizations now has over 40 members, all collaborating to empower local action to create change on a global scale.

“What a great addition to our family of organizations making a difference within their communities by engaging with a positive message that has impact,” said Tod Hardin, Chief Operating Officer and Co-Founder of Plastic Oceans. “How we speak about the plastics crisis – and indeed all issues – is so important. Nobody likes being told what to do, but we all like to be spurred and encouraged to be better versions of ourselves, to choose our own path. It’s about guiding, and shining a light, engaging with people positively. Which is exactly what SeyNoPlastic are about.”

For Perchat and SeyNoPlastic, partnering with Plastic Oceans was a logical and exciting prospect which – far from being new – had actually started years before: “We always used Plastic Oceans film material at the very beginning of things,” she says with a smile, “as it gave viewers a perfect picture of the problem, and generated emotion about the environment. Our first tool of engagement was all Plastic Oceans material, and it was so effective. So joining the BlueCommunities network is a perfect fit for us, because for all of us working on the ground, wherever we are, we need to reach out all over the world in order to amplify the whole movement.” 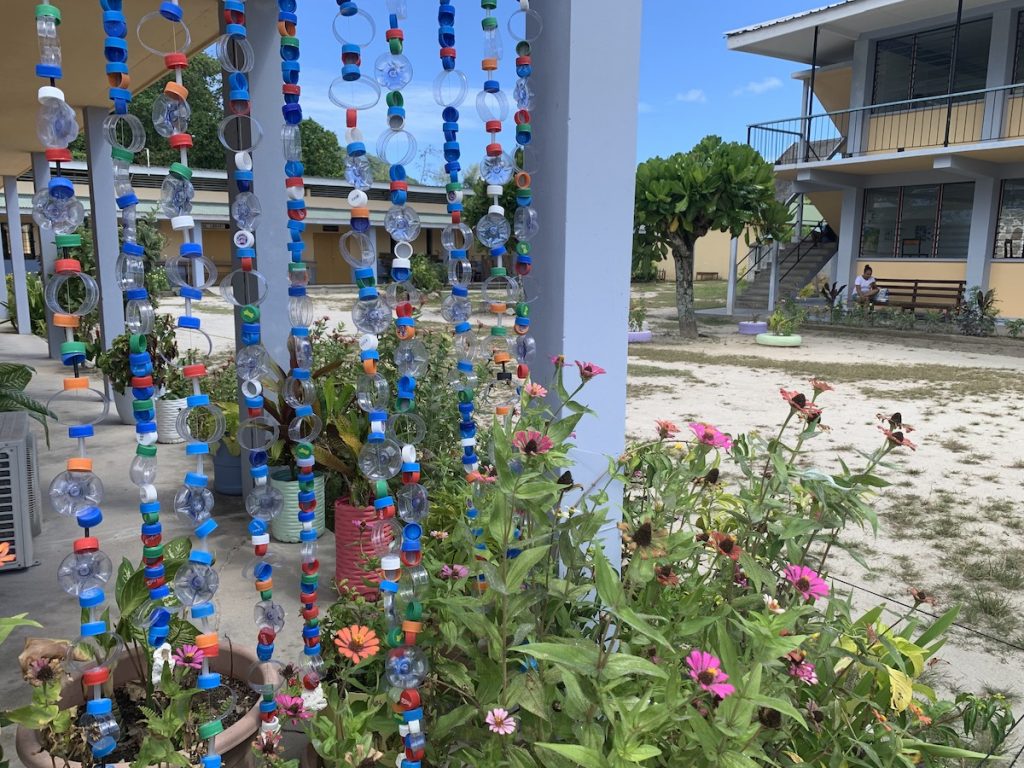 As Perchat speaks, she stops, takes a breath, and deliberately corrects herself: “Not the whole movement, but a world movement – it needs to be a world movement. It’s so nice to know that with BlueCommunities we are part of a whole, and that there are other people out there all driven towards generating a better future for their communities, and the planet as a whole.”

Now numbering in excess of 40 BlueCommunities worldwide, the Plastic Oceans meshed grid of people and organizations – of like-minded partners – is helping to convey that our oceans and their custodianship is not simply the preserve of national governments or international bodies, but that those best suited and most driven towards protecting these vast ecosystems are in fact small, local organizations loosely organized to helping their communities be accountable for our shared future.

As Perchat likes to say, “It’s not just what we want, it’s also what we need.”