The economic benefits of mangrove restoration outweigh the costs, according to a novel study published earlier this year in Nature Communications.

These findings challenge the generally held assumption that commercialising nature has to involve extraction, instead proving that – at least when it comes to mangroves – nature is more valuable when left alone.

Researchers from the University of Tokyo and the National University of Singapore analysed 188 restoration projects in 22 different locations, mainly in South East Asia. Their results confirm that restored mangroves provide more valuable ecosystem services than unrestored mud flats. However, even properly restored mangroves did not compare to the value of pristine mangrove stands.

Scientists have long pointed to the fact that mangroves occupy a unique ecological niche. They are the only tree species able to grow in the salty, oxygen-poor soil of the intertidal zone. As such, they provide benefits and services that no other ecosystem can. 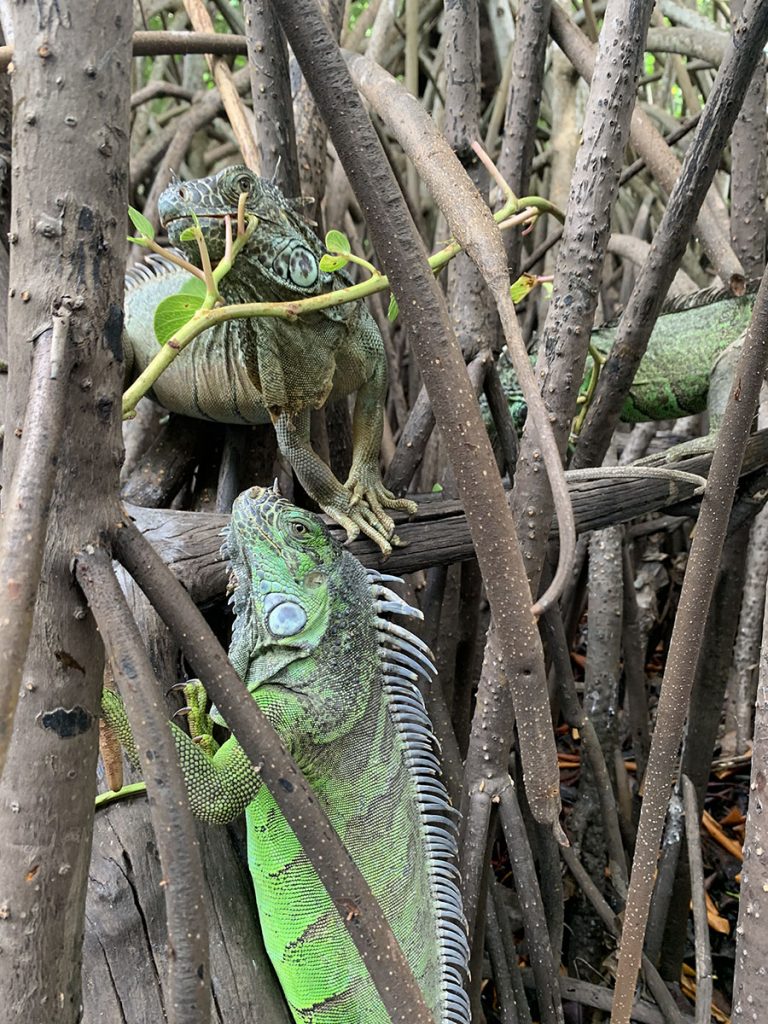 Iguanas at home in the mangroves of Ventanilla, Mexico.

Of these, the report highlights fisheries, timber production and coastal protection as the three most lucrative. Mangrove forests are nurseries for a wide variety of wildlife, including fish and crustacean species, many of which are important to the seafood industry. Mangroves also act as natural sea defenses – stabilised by their stilt-like roots, they are highly effective natural barriers against storm surges, tidal waves and coastal erosion.

Mangrove forests are also incredibly efficient carbon sinks. Despite making up just 3% of global forest cover, scientists at NASA have estimated that mangroves contain carbon equivalent to 10% of global emissions. Continued deforestation would not only release this stored carbon, but would also limit the potential for carbon sequestration in the near future.

The significance of mangroves for coastal communities has been widely recognized.

“Mangroves are a wonderful example of important ecosystem defenders whose health is directly related to ours,” said Dr. Charlie Rolsky, Scientific Director at Plastic Oceans International. “Losing mangroves means losing crucial ecosystems that we as humans rely upon heavily.”

Unfortunately, these vitally important ecosystems have continued to decline at a worrying rate. In the last 50 years, over a quarter of all mangroves have disappeared. Agriculture, aquaculture, urbanisation and oil spills are primarily responsible for these losses; and plastic pollution continues to be a growing problem.

Although awareness of their importance is growing, efforts to restore mangroves are often poorly planned and often experience particularly low success rates. 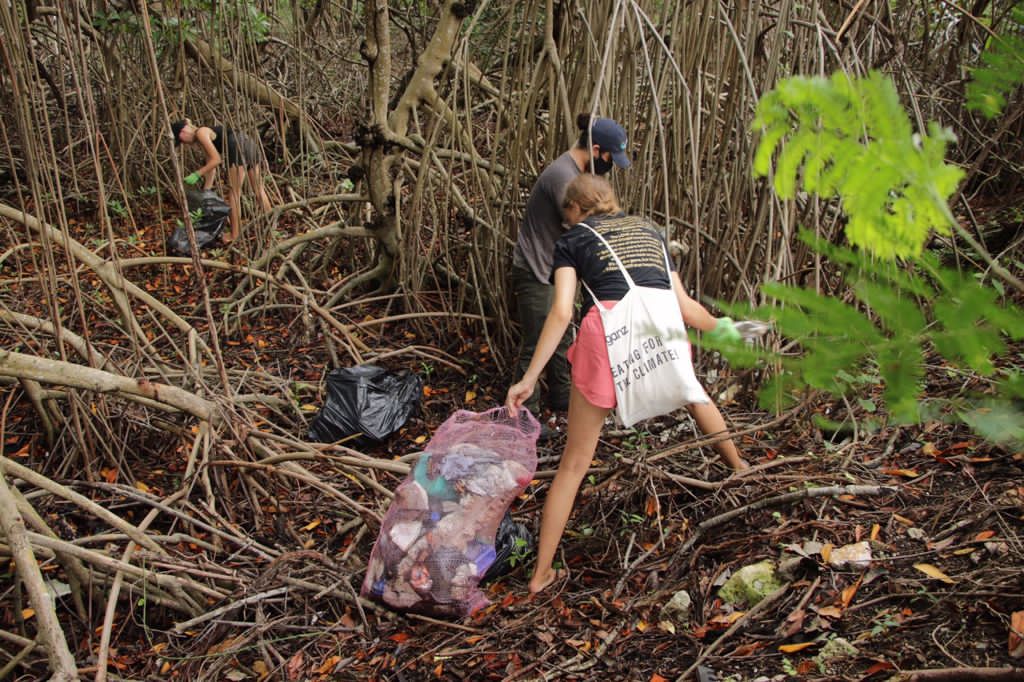 Volunteers run a litter cleanup within the mangroves of the Los Petenes Biosphere Reserve in Campeche, Mexico.

“Currently we are seeing a huge amount of national and international interest for mangrove restoration and conservation. It’s great that the spotlight is on mangroves and that many countries have set ambitious restoration targets,” says Dr. Daniel Friess, Deputy Director at the NUS Centre for Nature-based Climate Solutions. “However, in many places around the world we don’t have a great track record of successful restoration. We are still frequently planting mangroves in places that are unsuitable for their growth, such as on mudflats and seagrass meadows. But things are improving, and more successful restoration techniques and projects that meaningfully engage local communities are gaining traction.”

Growing on the boundary between land and sea is no mean feat. Mangroves occupy a high stress environment and are highly sensitive to changes in salinity, forest structure and temperature. Any restoration project has to be carefully designed to achieve the optimum species mix, tree density and environmental conditions. According to the research that has been conducted by Friess and his team, all these difficulties are ultimately worth it.

Their study was an important step towards changing public perception of ecosystem restoration. Its findings offer potential investors – including governments and development agencies – concrete evidence that mangrove restoration is financially viable.

A report published last month by the International Institute for Sustainable Development (IISD) reached a similar conclusion, albeit with a different angle. It clearly states that nature-based infrastructure (NBI) – such as mangroves, sand dunes and wetlands – offer 28% more value for money than traditional or “grey” infrastructure. While the latter may seem like the best option on paper, this investigation revealed that restored ecosystems can provide the same essential services as man-made structures for as little as half the cost. 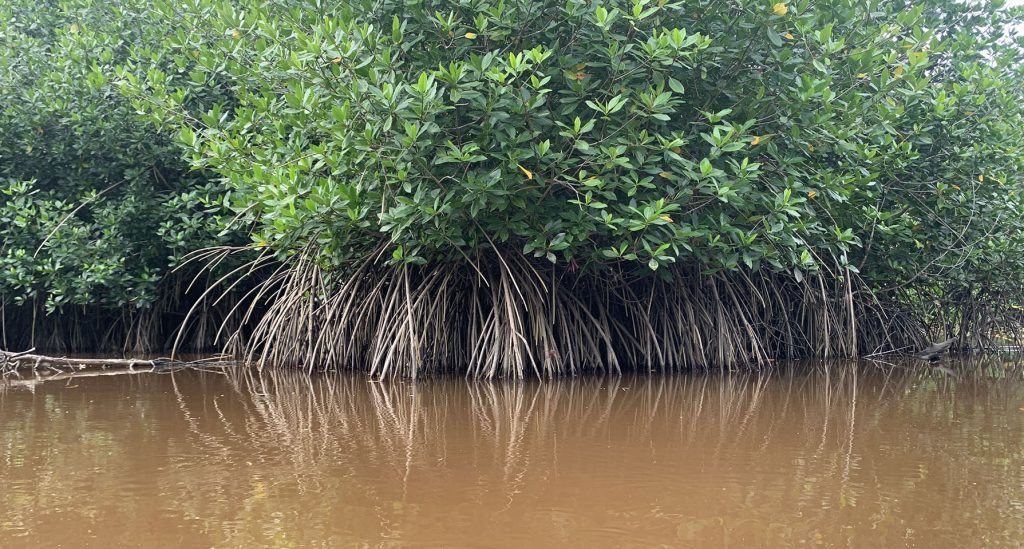 Mangroves in particular are directly comparable to their infrastructure counterparts – including dikes and seawalls – so estimating the financial returns from restoring them should be relatively straightforward.

Another factor that could positively impact the rate of restorations is longevity. Rising sea levels due to global warming are becoming an increasingly pressing issue. Not only does this mean that storm surges and high tides will threaten areas farther inland, but existing sea defenses may be insufficient to withstand them. Mangroves have some potential to adapt to changing sea levels, through a process known as vertical accretion. While more research is needed to see if they can keep pace with climate change, mangrove forests could prove to be the more durable option in the long term.

Governments and international organisations are increasingly taking notice of these ecosystems. Yet as is often the case, the most effective changes are happening at the grassroots level. As Dr. Friess put it, “Mangroves are increasingly discussed in the context of international frameworks such as the Sustainable Development Goals and the Paris Agreement. But I think the biggest opportunities lie in addressing the root causes of mangrove loss, [such as] addressing the subsidies given to the production of commodities that drive mangrove land use change.”

Around the world, community-driven restoration projects are gaining momentum. Novel applications of environmental engineering techniques mean that sediment and water flows can be altered to match the mangrove trees’ preferred growing conditions. Other projects combine conservation and community empowerment. For instance, an initiative on Kenya’s Lamu islands trains local women in mangrove restoration and conservation in exchange for loans to set up their own businesses. Along the Oaxacan coast of Mexico, in Ventanilla, the mangroves are ingrained as a cultural icon that the entire community identifies with, including at an annual festival, organized by Cooperativa Lagarto Real, that mixes restoration and cultural heritage aspects into one celebration.

“Towns like Ventanilla view mangroves almost like the Father of the community,” says Francisco Rincon, director of the Oaxacan Fund for Nature Conservation. “They provide food, water, supplies and most importantly protection from the hurricanes. Projects like the Cooperativa Lagarto Real are fueled and carried out by the local people to protect and restore these vital trees. It’s only natural that the local community is very attached to the mangroves, because they themselves actually live inside the ecosystem.” 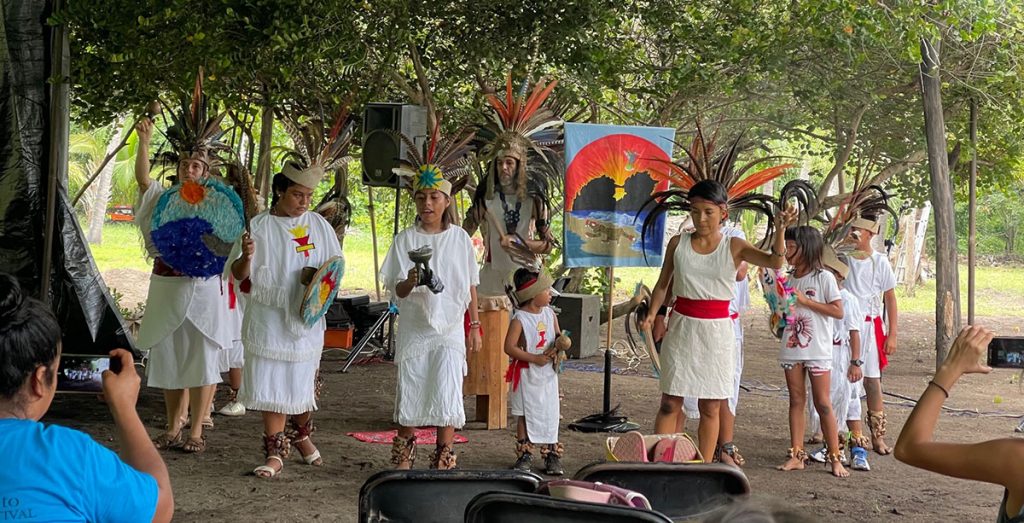 Festival of the Mangroves in Ventanilla, Mexico, organized by Coopertiva Lagarto Real Ventanilla.

Over the last 30 years, the rate of mangrove deforestation has slowed in every region except Asia, where coastal overcrowding and rapidly developing industries are accelerating declines. However, there have been efforts to restore mangroves on a wider scale across the continent – such as the Indonesian government’s 2020 commitment to replanting 1.5 million acres of mangrove forest by 2024. Whether or not top-down schemes like this will be truly effective remains to be seen.

Ultimately the evidence indicates that natural, intact mangroves offer the most value for all everyone involved: local communities, governments and investors. However, while conservation should come first, there is now a strong ecological and economic case for the restoration of mangrove ecosystems. These findings will no doubt be gladly received by those lobbying for increased funding and protected areas. “Mangroves fill such unique roles in their respective ecosystems. They are so crucial to a healthy balance, and it’s great to see that this new research puts a monetary amount on their importance,” remarked Dr. Rolsky. “It’s sad that we even have to reduce it to money but if that shifts mentalities towards their role, I’ll take it.”

Sita Bates is a biologist and conservationist working in Europe and the Americas. Her work focuses on marine environmental policy and human-wildlife interactions.