March 25, 2022 – Malibu, CA – Plastic Oceans International and Great Lakes Outreach Media are proud to announce that the world premiere of their new documentary, The Erie Situation, will take place on April 3, 2022, at the Cleveland International Film Festival.

This feature-length film, directed by David J. Ruck, powerfully addresses the global issue of toxic algal blooms and how they are negatively impacting the health and economic well being of local residents and communities along Lake Erie’s shoreline. 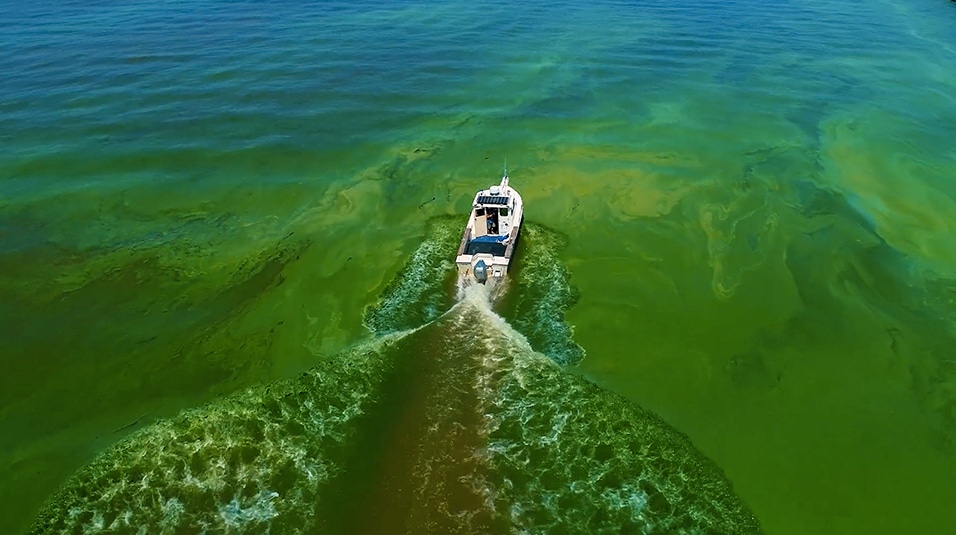 “We’re thrilled to be having our world premiere at such a prestigious festival and to be doing so in the largest city on Lake Erie,” said Ruck. “But it’s important to note that this is more than just a Lake Erie or Midwest issue … toxic algal blooms are a global issue negatively affecting communities worldwide. We should all be asking whether enough is being done to pull Lake Erie, and hundreds of other waterways, back from the brink.”

Viewers see that the root cause of the algal blooms is a surplus of agricultural runoff. While some farmers are voluntarily changing to more sustainable practices, the increasing number of CAFOs (Concentrated Animal Feeding Operations) are finding ways to get around regulations with no accountability for what happens downstream.  We see communities and residents struggle to stay afloat  – physically and economically – as the algae infested waters leave locals with persistent coughs, itchy eyes, and respiratory issues. Up against a strong farming lobby, scientists and citizens are desperately fighting for their own safety and the rights to protect their beloved water.

Mallory Martin, Artistic Director for CIFF, provided these comments: “CIFF is thrilled to have The Erie Situation in the upcoming festival – a timely documentary that highlights key players, factors, and figures in a holistic, informational, yet engaging way. As clean water issues are unfortunately universal, this film is essential viewing for all, and especially those who call any of the Great Lakes home.”

The world premiere screening will take place on Sunday, April 3, at 7:25pm ET at the Allen Theatre, which is part of the Playhouse Square facility in downtown Cleveland. A second screening will take place on Monday, April 4, at 4:50pm ET, at the same location. A Q&A session with David Ruck will follow each screening and there will also be an in-depth panel discussion following Monday’s screening, which will be hosted by the Sierra Club of Northeast Ohio and the Nature Center of Shaker Lakes.

For CIFF screening info and tickets, click HERE. To learn more about the film, visit the official website at https://www.theeriesituation.com

About Plastic Oceans International
Plastic Oceans International is a US-based non-profit organization working to foster sustainable communities worldwide as a means to end plastic pollution. They operate with the belief that we can and must act locally in order to create change globally, and we do so through the power of film to empower and globalize community actions. In addition to their global entity, Plastic Oceans has branches in Canada, Chile, Mexico, Europe and the Great Lakes region of the U.S.