At the heart of the environmental debate is an often ignored but hyper-present quandary: can industry and economic development ever truly sit comfortably alongside environmental responsibility. On the vast, uninterrupted littoral of Chile, in its Aconcagua Coast, lies a resounding and affirmative answer to that question.

Montes Wines came into being in 1987, when wine experts Aurelio Montes and Douglas Murray joined together with the dream of sharing with the world the highest-quality wine that could be produced in Chile. The following year, Montes and Murray welcomed two more partners, Alfredo Vidaurre and Pedro Grand, and the company was off and running. Over the ensuing three decades, the company has achieved the goal of its founders, producing premium wines that are renowned for their quality – not only in Chile, but in the more than 100 countries to which Montes exports its products.

Yet, Montes Wines has far more to be proud about than its commercial success. Since the very beginning, they have embedded sustainability into all of its corporate practices, ensuring that it is not an occasional “extra,” but is rather strategically front and center in all Montes practice.

“I regard this as one of the real stand-out aspects of the strategic environmental thinking at Montes and why we are now proudly and gratefully working with them,” says Tod Hardin, Chief Operating Officer at Plastic Oceans International. “Sustainability and progressive environmental policies are embedded into the heart of the company. There is nothing conceived or undertaken which does not existentially consider the environment and the communities where they operate. Not only does it show what can be done, but most importantly it demonstrates that it is possible to work like this and still benefit your bottom line.”

As such, the company is committed to forest conservation and carbon neutrality, has vigilant waste management and composting programs, uses grazing animals to weed its vineyards to reduce reliance on pesticides, and has formed a fire brigade along with workers from neighboring vineyards to prevent and fight forest fires. Montes also has a Research & Development Department that continually works to refine and improve their ecological and agricultural practices.

One major sustainable practice employed by Montes is dry farming, which relies primarily on rainwater for irrigation to reduce water consumption. Montes is one of very few wineries in Chile that uses this technique, and was an industry leader in putting it in place.

“Now we know it’s kind of a must for everyone to use less water,” says Pía Toro, Marketing Manager  at Montes Wines, “but in those years – 10 or 15 years ago –  it wasn’t like that.” 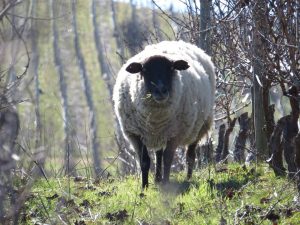 The water efficiencies generated by this process are impressive. Indeed, as a result of their commitment to dry farming, Montes Wines has reduced water consumption in its vineyards between 10 and 25 percent, resulting in savings equivalent to the water used by 3,200 families in a year. Grazing animals are also used in their vineyards as a pesticide-free method of mitigating weeds, which avoids harmful runoff.

Montes Wines also recognizes the critical link between sustainability and community, and has made major investments in both its own workforce and the broader communities in which it does business in Chile. The company, for instance,  supports the Millahue de Apalta School, where many of its workers’ children attend school, and has developed a “Study Completion Program” which has already helped 23 of its workers obtain their high school diplomas. Montes also helped form a Folklore Group to promote and conserve the community’s culture, including a love of Chilean music, dances, and traditions.

It should come as no surprise, therefore, that Montes Wines has signed on as the Presenting Sponsor of the inaugural Trees & Seas Festival, which will run August 2 – 8, in over 30 locations around the world.

Trees & Seas is an annual event organized by Plastic Oceans International as part of its BlueCommunities initiative, and designed to build a bridge between ocean and forest conservation. This year’s multi-continent festival, whose symbolic host location will be on Patagonia’s Chiloé Island, Chile, will feature events that celebrate both land and water, including the planting of over 70,000 trees, the cleanup of 100 beaches and forests, and myriad youth workshops and panel discussions. For Montes Wines, the combination of a festival centered around sustainability and the Chilean location of many of the events was an irresistible draw; as Toro explains, the offer to support Trees & Seas “was a match [as soon as] we heard about [it].” 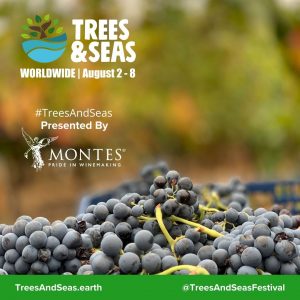 While Montes Wines has always prided itself on being a sustainable wine company, it was slow to publicly broadcast its efforts and accomplishments in that area. But now things have changed and it is increasingly focused on outreach and sharing the message.

“The winery has a lot of things to say about sustainability,” continues Toro, and “it is part of our responsibility to educate on how to use in a better way the natural resources we have.”

Montes Wines’ sponsorship of Trees & Seas, which will include founder Aurelio Montes’ participation in one of the panels, is a wonderful way to mark this transition.

Protecting the environment is an incredibly important mission, a fact now internationally accepted. The doing, however, continues to lag behind the awareness. This August, in Chile and internationally, Plastic Oceans and Montes Wines will join together to push the envelope with the remarkable scope of Trees & Seas.

The beginning of a beautiful friendship? Little doubt.

Currently part of the writing team at Ninth Wave Global, Caroline Arena is a US-based freelance writer focused on social and environmental stories. 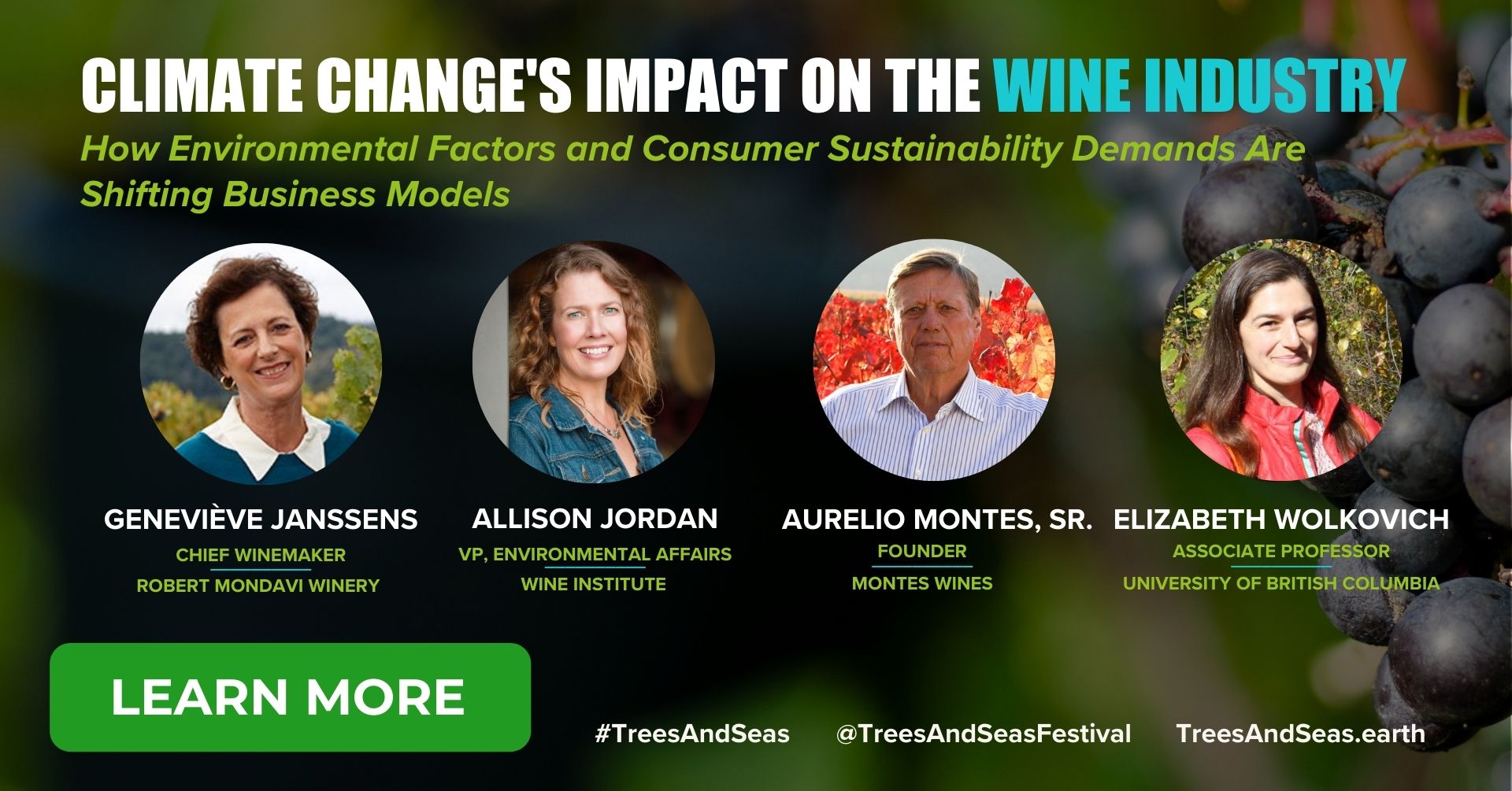