Making a difference with India’s youth via the Ervis Foundation

When a small school in India launched a competition in 2016, asking students to innovate solutions for problems they felt passionate about, little did they know that their winning entry was likely to generate a significant advance in the collection of plastic waste from the oceans.

As if that wasn’t enough of a startlingly high water mark, the same empowered student would go on to generate an open, receptive global platform for young people to express their environmental ideas and concerns. 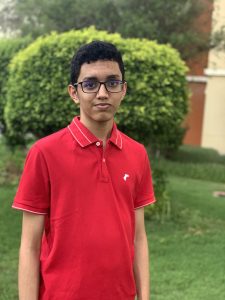 Yes, 12. And there are really two ways to respond to Haaziq’s age as it was in 2016 – or even to his age now, still under legal voting age in most countries. The first is to express wonder and awe at the amazing eventuality that today has literally led to global change driven by a teenager. The second is to consider how things might be if we simply empowered emerging generations to get on and positively address what our own generations have singularly failed to achieve.

Because Kazi’s age is fundamentally irrelevant. What is hugely – startlingly – relevant, is what he’s done. What he is doing.

In 2019, Ervis Foundation was born, with the primary goal being – as the vision statement attests – to bring generational change in the way that today’s youth consume and dispose of plastic. And, more recently, borne of the strength of Kazi’s determination to make a difference, the Ervis Foundation has become one of the latest members of Plastic Oceans International’s BlueCommunities initiative, and the second in India. 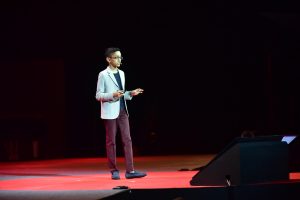 “We instantly knew that this was a special individual,” explains Tod Hardin, Chief Operating Officer of Plastic Oceans International. “It was apparent on talking to him that Haaziq was not just an everyday student interested in protecting the world, but someone who was really going to go and put words to action, inspiring his generation to make a difference in the fight against plastic pollution – which is exactly what he’s done throughout India and now in Dubai as well.”

As part of the BlueCommunities program, the Ervis Foundation is acting as a component in a network of localised, regional efforts to educate communities on the importance of protecting the oceans, and who all believe that local change is the key driver for wider socioeconomic and environmental change.

In line with this philosophy, and guided by the UN Sustainable Development Goals, the Ervis team came up with three initiatives whilst creating a plan for the foundation: Hero, Hub, and Hygiene. Where Hub is growing digital access to sustainable platforms on mobile phones, Hygiene incorporates Kazi’s ship, and labs where young people with a similar drive to protect the oceans can find a space to develop their ideas.

However, it is educational initiatives which are at the core of what they do, which is where the Hero initiative comes into its own. 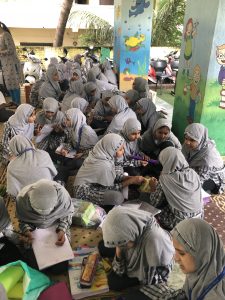 “From the outset, we hosted the Blue Workshops in schools to engage with students and cultivate a holistic knowledge of the oceans and the pollution which blights them. In the first year the workshops managed to reach between 1600 and 1700 students across 7 schools, including one in Dubai,” Priyanka Prakash, Program Director at Ervis, says proudly of the foundation.

Although the in-person workshops were forced to halt at the onset of the coronavirus pandemic, the Ervis Foundation pushed forward with their educational mission, launching the Blue Circle forum. The Blue Circle allows the students to take the reins, allowing them to lead discussions and develop their ideas as part of an integrated community of peers, instead of merely didactically lecturing them on the perils of the plastic crisis.

It was essential that the work of the Ervis Foundation continued in spite of the logistical difficulties of the pandemic, Prakash says: “we know how important it is for students in India to get that global perspective about what is happening out there. While the country does have a lot of conservation initiatives going on, it does not really pick up on ocean conservation because, as a developing nation, it has a lot of other issues it has to deal with, so ocean conservation is slightly on the backseat in the national consciousness.”

And, indeed, the legacy of such an early engagement with environmental issues in the lives of school children cannot be overstated. The message of the Ervis Foundation is direct and unvarnished: educate those who will act as custodians for the future of our planet, and you will see a whole generation of Haaziq Kazis standing up for the protection of the oceans.

Shannon Collins is based in the Americas and covers environment and sustainability for a variety of publications as part of the journalism team at Ninth Wave Global.