When confronting the overwhelming challenge that is the environmental crisis, it can be hard to find your footing. With the addition of Transformando Futuros (Transforming Futures) to the ever-growing Plastic Oceans International BlueCommunities family, methods of challenging the issue are being skillfully woven into the lives of those within the northern Spanish province of Cantabria. Work that is showing us how change can happen one step at a time.

Like many coastal regions, Cantabria faces plastic pollution on its coastline. It is this pollution, in fact, that made local resident, Nuria San Millán, stand up and take notice, and spurred on her involvement in the community.

Faced with such a critical problem, Millán knew she had to do something, so she set about founding Transformando Futuros (TF) as an opportunity for education and awareness in the area. Millán acknowledged that change would be slow if it was to be effective, and that she had to take others on the journey with her to generate sustainable change from the inside out, by helping people to “wake up to the transformative effects that we all can have.”

Educating local kids is at the core of the mission and success of Transformando Futuros.

In the local school of Marina de Cudeyo, in Cantabria, for example, TF is already making developments to the students’ environmental education. Outside of the classroom, children are involved in the planting of trees and attending beach plastic pick-ups as a way of making their environmental education a more interactive affair. Within the classroom, changes to the curriculum have been made to place more stress on climate education so that students understand its importance when moving through our world.

An example of this is the ‘Four Rs for the Sea’ initiative, wherein students are encouraged to collect plastic from their surrounding beaches and coasts, and to reuse and recycle the plastic collected in a creative and purposeful way. Additionally, the project ‘El Mensaje de la Botella’ (The Message of the Bottle) focuses on learning about the history of the plastic they have collected, and thus provokes the students to think analytically and proactively about plastic pollution. This program equips the children of local Cantabrian towns with the ability to lead their community through sustainable changes.

“They are the generation that hopefully will be much more aware and knowledgeable than past generations,” Millán states, “They are becoming aware of consumption from the start.” 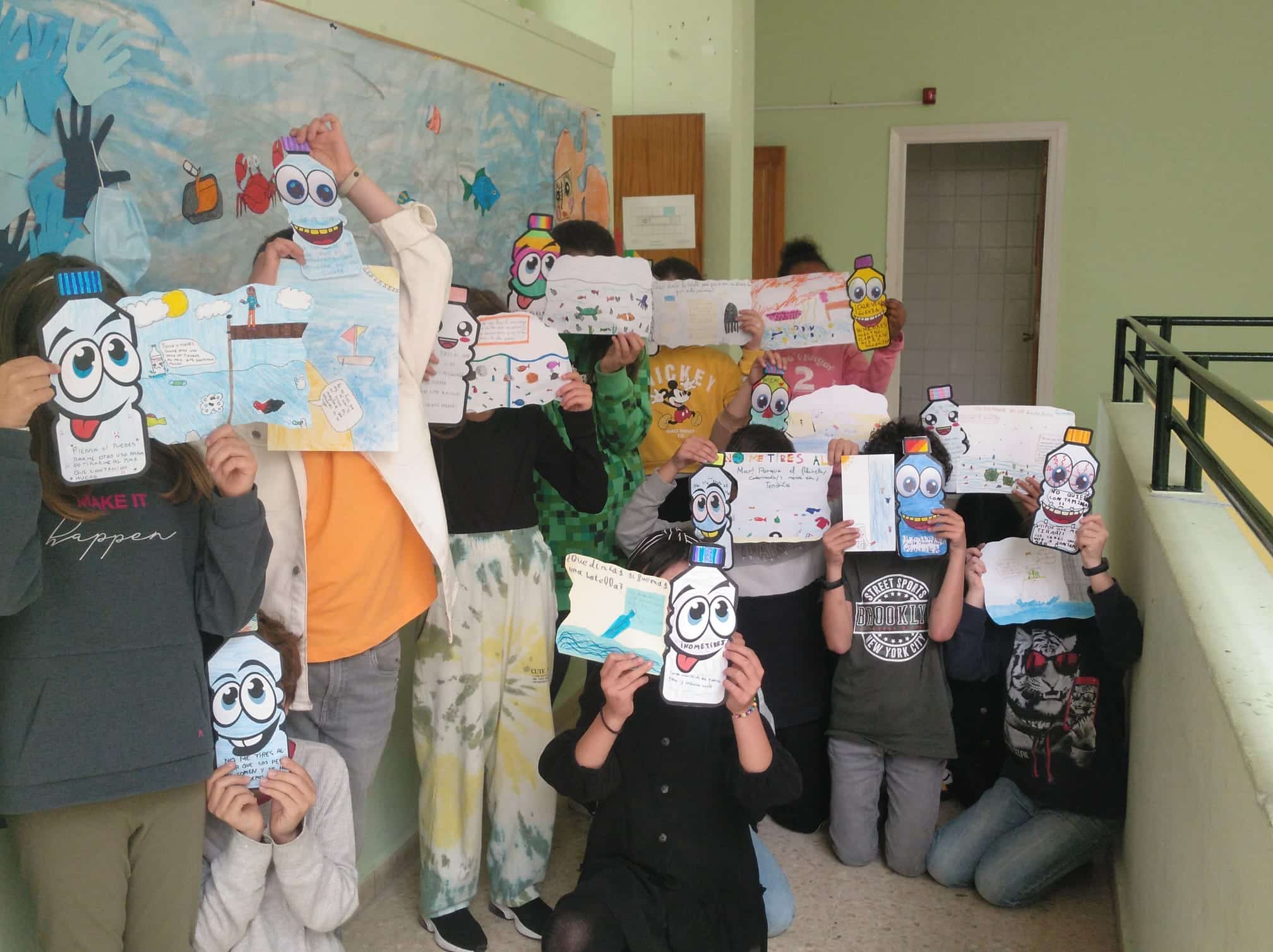 Students proudly display their Message of the Bottle projects.

A realization which has become increasingly evident within the BlueCommunities family, is that the unity of individuals to create a community intent on change overrides any sort of unique individualistic action. It is this sense of community – created by people, for people – that is the driving force which provides meaning to environmental work. Naturally, then, this social change grows from the entwining of different projects, reaching for a common goal.

Transformando Futuros knows this to be true, and actions these values in all they do. There is perhaps no finer example of this in their repertoire of programs than through the initiative ‘Transformando Mares de Plásticos en Mares Limpios,’ (Transforming Seas of Plastic into Clean Seas), which links the students’ work collecting plastics with the question of what we can do to give these discarded materials a new life. The team at TF sort, test, design and create jewelry and other artistic pieces from these collected plastics that would otherwise be left in the sea or on the shore to pollute and damage marine life. Projects such as this continue to remind us of how – in the words of Millán – “people and organizations can implement a transformative effect that improves things,” no matter the scale of action.

In everything she says, Millán stresses the importance of a sense of community and connection in order to truly develop environmental awareness. “We continue to be motivated by networking, by the micro transformations that can be done from a classroom, from a school, from a town.”  It is clear from the words Millán speaks that learning is just as much about what happens outside the classroom, as what happens inside. Millán speaks with pride about TF’s inclusion in the BlueCommunities family, and how it has helped her initiative to make a more widespread difference.

“The importance of being included in this type of program is that it allows us and organizations like us that are acting locally, to have a more global impact, and to form a network – it’s invaluable, and it’s beautiful.”

Plastic Ocean’s European Director Andrea Torres Saa is equally effusive of the partnership: “We are so happy that Transformando Futuros is now part of our BlueCommunities program. Its multiple projects that involve the entire community are an example to follow, as they have a tremendous impact both at an environmental and social level. It is very much in line with our objectives in which education is a clear priority, so we can help create the environmental leaders for future generations.”

Through their community projects, TF has made a significant impact on the environmental education of children in Cantabria. This impact is something born simply from a member of a community spotting an opportunity for progressive action, and diving in head-first. Small-scale, local initiatives such as those started in Cantabria demonstrably have the power to provoke widespread action and changes in mentality.

Amy Hargreaves Smith is a freelance writer from Leeds, England, whose writing focuses on environment, conservation and sustainability.