UN Delivers Damning Verdict On Plastic Use in Farming

“December’s United Nations report on agricultural plastics and their sustainability is a confirmation of a truth we know all too well: that plastic use in all areas of our lives is having a detrimental impact on our health and the health of the planet. We need big industries like agriculture to wake up to the damage, or we will simply be continuing to put ourselves in jeopardy.”

Julie Andersen, Chief Executive Officer for Plastic Oceans International, has no hesitation in being direct, as she has seen the detrimental effects, generated by plastic and its waste, on all types of environments and communities around the world.

As most of us know, the accumulation of plastics on Earth is at plague status. Most regularly documented is how marine ecosystems have been exhaustively damaged, a narrative which has largely dominated conservation and environmental headlines. Recently, however, it has emerged that as well as reducing the plastic waste in the oceans, we must begin to focus our efforts on improving plastic usage in agriculture, or risk jeopardizing food systems which are already at a breaking point.

The report cited by Andersen was released by the United Nations’ Food and Agriculture Organization (FAO) on December 7,  2021, and delivers a damning insight into the use of plastic by the agricultural industry, which is endangering food safety and human health across the globe. The Assessment of Agricultural Plastics and Their Sustainability: A Call for Action suggests that the soil we use to sustain our crops is more heavily contaminated with microplastics than the oceans.

Plastic is a common sight at agricultural fields worldwide.

Sometimes a sentence is worth repeating: “…the soil we use to sustain our crops is more heavily contaminated with microplastics than the oceans.”

FAO experts estimate that 12.5 million tonnes of plastic are used in agricultural value chains – the system of people that participate in the various stages of crop production – every year, alongside a staggering 37.3 million tonnes used in food packaging.

The report acknowledges that there are a number of benefits to using plastics in agriculture; polymers are versatile, and come in a variety of forms. They can be used, for example, in greenhouse and mulching films, as well as polymer-coated pellets used in fertilisation.

However, given that the very properties that make plastics so convenient in agricultural value chains are concurrent with the problems they create when their usefulness has expired, there is very little saving grace for plastics used in farming contexts. And given that they are frequently simply discarded in the environment, where they remain in the soil, resistant to break-down by microorganisms, it is imperative that they are phased out of food chain production.

Because in an already fragile food system, where environmental disasters, climate warming, and water scarcity threaten over 3.2 billion people living in agricultural areas globally, the continued accumulation of microplastics in the food chain will almost certainly have catastrophic effects. 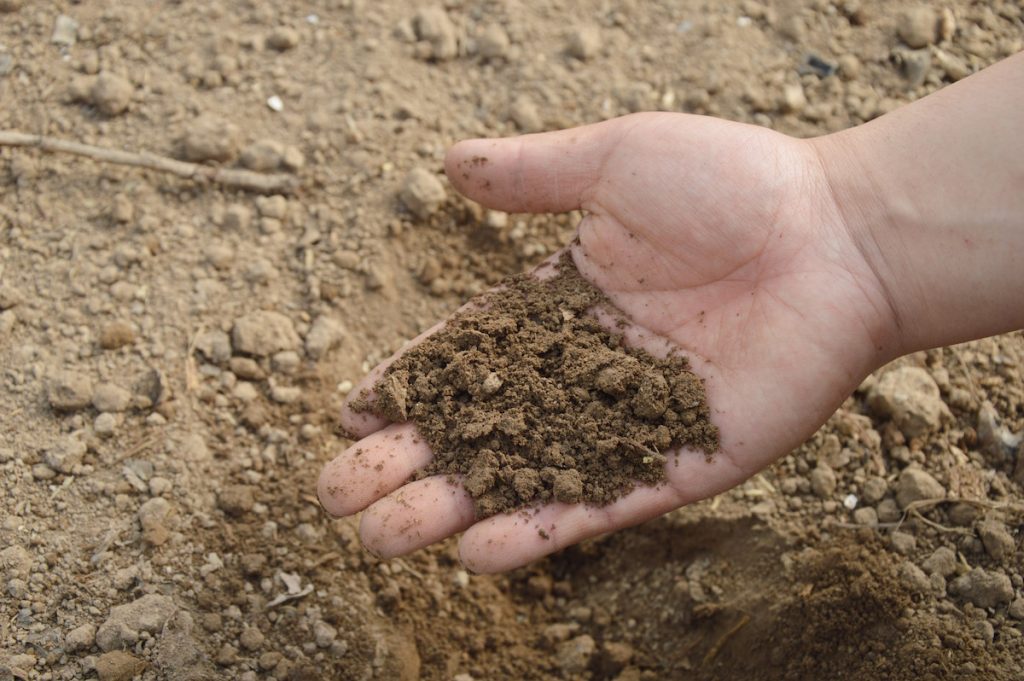 Of course, the issue is complex, and will require innovative, equitable solutions; there is no single measure that could be fairly or effectively implemented to address the mismanagement of plastic waste. Without widespread, viable solutions, it is impossible to unilaterally ban the use of plastics in agriculture.

There are a number of suggestions for change, including the implementation of better waste management systems which could, and must, be achieved within a very short time. Moreover, a global movement away from single-use plastic items, towards plastic-free and biodegradable alternatives, or opting for an altogether circular system, would greatly mitigate the damage being done to arable soils. And, perhaps most crucially of all, land and water governance needs to become more inclusive and adaptive in order to be fair for all people: smallholders, women, youth, and indigenous people, who unfailingly suffer the brunt of food scarcities and droughts.

Most of all, says the FAO, “the urgency for co-ordinated and decisive action cannot be understated.”

“As the FAO report suggests,” says Andersen, “there is no over-amplifying the power of banding together to create a lasting impact. We need innovation and people involved in agriculture and crop production at all levels – from policy makers to the farmers themselves – to adopt a willingness to make radical change now.”

Andersen is clear that the suggestions in December’s report are good, but – and on this she is resolute – “without a community of people pushing for change, we will continue to see catastrophe in the food chains.”

There is still a great deal to learn about the pervasive impacts of plastic use in agricultural value chains, but the evidence is irrefutable: it is imperative that the agricultural industry adopts better practice concerning plastics in food and farming.

The solutions exist – it is simply time to embrace them.